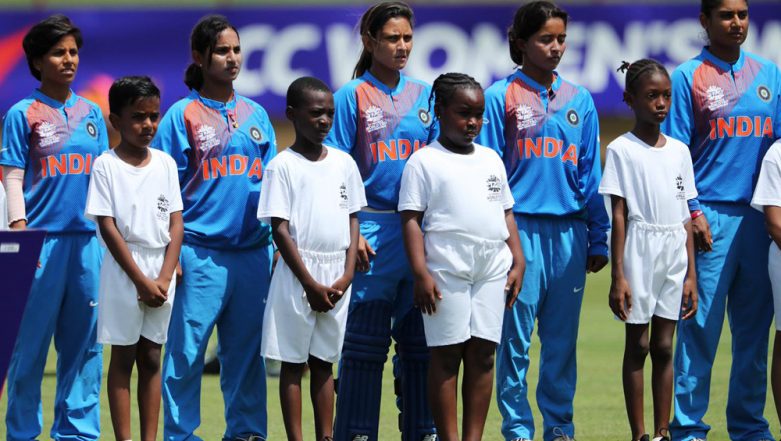 India and Pakistan match at World Cup and other ICC tournaments have been exciting always! After winning their first match against New Zealand, the Indian eves would be eyeing a victory against their arch-rival Pakistan. On Sunday, it will be Indian women’s cricket team taking on Pakistan’s women team in their Group clash of ICC Women’s World T20.

Harmanpreet Kaur has been in a tremendous form, and would be oozing confidence after she hit a historical hundred in the first match against the Kiwis. The captain would be striving to carry forward their form from their previous game and ensure that they have the last laugh on Monday.

As for Pakistan, the team had to face a loss against the mighty Australian team. The side would be looking to bring their campaign back on track after registering a win against India.

Come Sunday; the arch-rivals will turn another chapter in its long history of the intense rivalry. India is currently on the second spot of Group B Points Table of ICC Women’s World T20, whereas Pakistan is languishing at the bottom of the same table. India vs Pakistan, ICC Women’s World T20 2018: A Look at Greatest Ind vs Pak Encounters Ahead of the Clash in West Indies.

India and Pakistan will be clashing in the Group B match of Women’s World T20 2018, on November 11, on Sunday. The high-octane game will see a scheduled time of 08.30 pm (IST) and the toss scheduled at 08.00 pm (IST). The battle between the arch-rivals will take place at Providence Stadium in Guyana, West Indies.

Where to Watch Live Telecast of India vs Pakistan, Women’s T20 World Cup 2018, Group B Match?

The official broadcaster of ICC Women’s T20 World Cup 2018 in India happens to Star Sports Network. If the fans want to watch the live telecast of the match, then they will have to switch to Star Select 1 and Star Select 1 HD channels.

Where to Get Free Live Streaming Online of India vs Pakistan Women's World T20, Group B Match? (HotStar Details)

If the fans are not able to watch the live match telecast, then they can see it via online streaming too. To view India vs Pakistan Women’s match at ICC World T20, then they can watch it through online live streaming provided by Star India network, i.e. on Hotstar. 2018 ICC Women's World Twenty20 Schedule & Time Table Available for Download in PDF Format.

India vs Pakistan matches in the game of cricket has brought unprecedented passion and excitement on the cricket ground. The arch-rivals have been involved in high-octane, nail-biting, and last-over thrilling games over the years. Be it men’s cricket or women’s, or any other sport, if it is an India vs Pakistan match happening, the build-up to the match is unparalleled!