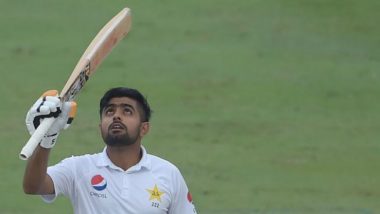 South Africa will be looking to take a first innings lead against Pakistan on day two of the second Test at Cape Town. On the opening day, South African bowlers once again made life tough for Pakistan batsmen as the visitors were bundled out for paltry 177. Meanwhile, if you are looking for PAK vs SA 2nd Test Day 2 match live streaming online, then scroll down for all the information.  PAK vs SA Live Cricket Score 2nd Test Match.

Duanne Olivier scalped four wickets while Dale Steyn picked three as South Africa took control of second Test. Put to bat first, Pakistan kept losing wickets and were reduced to 54 for five. Skipper Sarfraz Ahmed was the top-scorer as the visitors were bowled out. The wicketkeeper batsman scored 56 while Shan Masood managed to score 44.

In response, at close of play South Africa were 123 for two with both the openers back in the hutch. Dean Elgar fell to Mohammad Amir in the 12th over while Aiden Markram was dismissed on the last ball of the day by Shan Masood. Markram scored 78 while Hashim Amla finished unbeaten on 24. Pakistan Cricket Team Schedule in 2019: List of Series to be Played by Green Shirts Including ICC Cricket World Cup

The second Test between South Africa and Pakistan continues at the Newlands in Cape Town. The live action of SA vs PAK 2nd Test Day 2 will begin at 02:00 p.m (IST).

Sony Sports Network happens to be the official broadcaster of South Africa vs Pakistan Test Series 2018-19 in India. The viewers can watch the live telecast of SA vs PAK 2nd Test Day 2 on Sony ESPN and Sony ESPN HD. For viewers in Pakistan, PTV Sports and Ten Sports will telecast the match live.

(The above story first appeared on LatestLY on Jan 04, 2019 12:18 PM IST. For more news and updates on politics, world, sports, entertainment and lifestyle, log on to our website latestly.com).