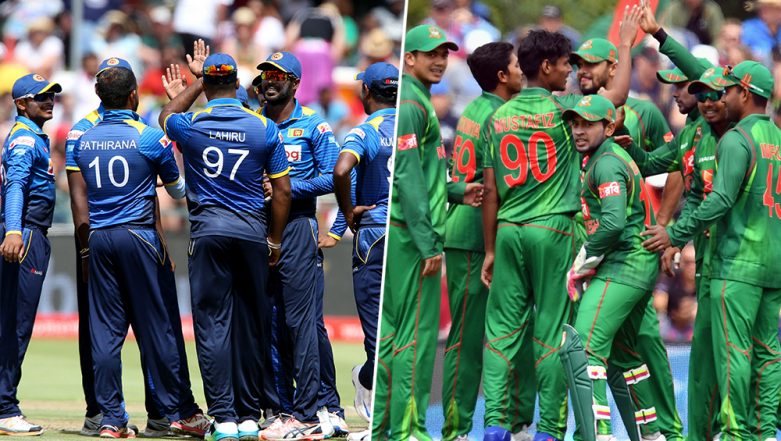 Sri Lanka will aim to dedicate a victory to just retired Nuwan Kulasekara in the third and final ODI game against Bangladesh. Lanka cricket board had announced its decision to dedicate the third SL vs BAN ODI game to the former fast bowler for his service to the nation. Sri Lanka vs Bangladesh 3rd ODI game will be played at the R.Premadasa Stadium in Colombo. The host nation has already clichéd the three-match ODI series 2-0 with the final game yet to be played. Meanwhile, those interested in watching Sri Lanka vs Bangladesh 3rd ODI match should scroll down for all information regarding the live telecast, free live streaming online and score updates for the SL vs BAN 3rd ODI game. Sri Lanka vs Bangladesh Cricket Score 3rd ODI Match.

Sri Lanka also bid goodbye to legendary pacer Lasith Malinga, who retired from ODI cricket, after the first ODI game in Colombo. Malinga achieved the rare feat of taking a wicket off his final ODI delivery when he dismissed Mustafizur Rahman in the first game. Nuwan Kulasekara also announced his decision to retire from international cricket a few days later. Kulasekara, unlike Malinga, is however not part of the Lanka squad and last represented them in an ODI game in 2017.

Kusal Perera scored a match-winning century as Sri Lanka claimed the first game by 91 runs. His century coupled with some terrific bowling by Malinga and Nuwan Pradeep (3/51) helped Sri Lanka take a 1-0 lead in the three-match series. Malinga finished his final ODI game with figures of 3/38. Sri Lanka then beat Bangladesh by 7 wickets in the second game to clinch the series after taking an unassessable 2-0 lead. It was their first ODI series victory at home in 44 months.

Sony Pictures Network (SPN) holds the broadcasting rights of live telecasting all the Sri Lanka cricket’s home matches in India. Viewers can, therefore, tune into Sony SIX, Sony SIX HD to watch the SL vs BAN 3rd ODI game. Fans also have the option of live streaming the Sri Lanka vs Bangladesh game and can log in to SPN’s video streaming service, SonyLiv, to live stream the game.

Meanwhile, Sri Lanka clinched the three-match ODI series with a game in hand. It was the Lanka nation’s first ODI series victory at home in the last 44 months. The last time they won an ODI series at home before this was the 3-0 victory over West Indies in 2015. Since then, the Dimuth Karunratne led side has suffered series defeats to Australia, Bangladesh, Zimbabwe, India, South Africa and England before beating Bangladesh this time around.