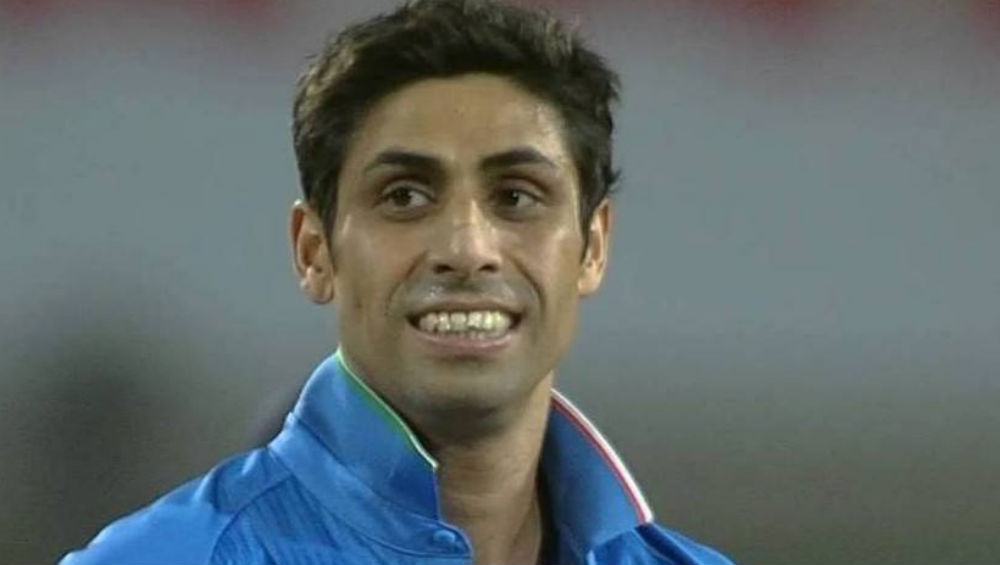 New Delhi, April 5: Former India fast bowler Ashish Nehra feels that the factor that helped M.S. Dhoni stand out among his contemporary wicketkeepers in the early part of his career was the fact that he made the most of the opportunities he got.

Dhoni scored his first international exactly 15 years ago in an ODI against Pakistan in Visakhapatnam. He hammered 148 off 123 balls and Nehra's four-wicket haul later in the match helped India win by 58 runs. Nehra said that Dhoni's knock gave India the confidence that they too could have a good wicketkeeper-batsman at a time when they were looking to relieve Rahul Dravid of wicketkeeping duties. MS Dhoni Wife, Kids and Net Worth: Who Is Sakshi and Ziva Dhoni? How Many Bikes Does Dhoni Own? FAQs About Former Indian Captain's Personal Life Answered!.

"That innings got the team to believe that we too could have a prolific wicketkeeper-batsman," Nehra told the Times of India. "Dhoni didn't have a great time in his initial matches. But when a confident man like him gets an opportunity and cashes in, then it's hard to pull him back.

"Unwavering self-confidence is Dhoni's strength. That innings was like he had tasted blood and he yearned for more. He hardly ever batted at No. 3 after that innings but he had made a statement that day. We lost all the remaining four matches in that series but we discovered Dhoni."

Nehra said that Dhoni was probably behind contemporaries Dinesh Karthik and Parthiv Patel in wicketkeeping skills at the time but he was the best wicketkeeper-batsman among them.

"Dhoni wasn't the best wicketkeeper around when he first came in. All those who played before him were really good. He was certainly not a Kiran More or a Nayan Mongia. So it's not that he was miles ahead of his contemporaries as a wicketkeeper, but he made for a better package. His discipline, passion, composure and confidence made him different.

"Dhoni did what DK and Parthiv couldn't — make the most of his opportunities. Dhoni may not have been the best-looking batsman or a sound wicketkeeper but he certainly was the best wicketkeeper-batsman. He worked hard on his game, knew what work for him and grew as an impeccable wicketkeeper."

Nehra said that Rishabh Pant is the only player who he sees as capable of coming close to Dhoni, whose current troubles with form reminds the 40-year-old of the former Indian skipper in his early days. MS Dhoni Is Very Down to Earth, a Legend and a Role Model, Says Mumbai Indians All-Rounder Krunal Pandya.

"I don't see anyone coming close to the impact he has had as a wicketkeeper-batsman except for Rishabh Pant. Pant's journey –- though it is still early days –- reminds me a lot of Dhoni," he said.