Pakistan Super League (PSL) has released its official anthem for the upcoming season, which gets underway from February 20, 2020. The PSL 2020 official song is titled ‘Tayyar Hain’ and is sung by Pakistan’s rock sensation Ali Azmat. 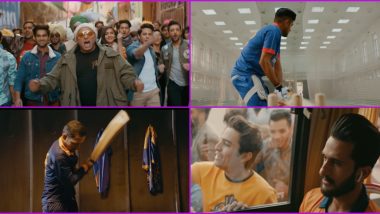 The PSL 2020 will be entirely held in Pakistan, and this will be the first edition in which all the matches will be hosted the country itself. In the past editions, the United Arab Emirates (UAE) have hosted the bulk of the PSL matches.

Ahead of each season, PSL releases its anthem. However, some of the fans were disappointed with the latest official song. Famous singer and actor Ali Zafar sung the official anthem for first three seasons and then Fawad Khan featured in the PSL official song for season four.

Just like the previous season, PSL 2020 will feature six teams. Sarfaraz-led Quetta Gladiators won the 2019 edition of PSL and will enter this year’s competition as defending champions. Islamabad United have won the PSL title twice while Peshawar Zalmi once.

The PSL 2020 matches will be held in Karachi, Lahore, Rawalpindi and Multan. The Qualifier match will take place in Karachi while Lahore will host Eliminator 1 and 2 apart from the final.

(The above story first appeared on LatestLY on Jan 30, 2020 01:42 PM IST. For more news and updates on politics, world, sports, entertainment and lifestyle, log on to our website latestly.com).