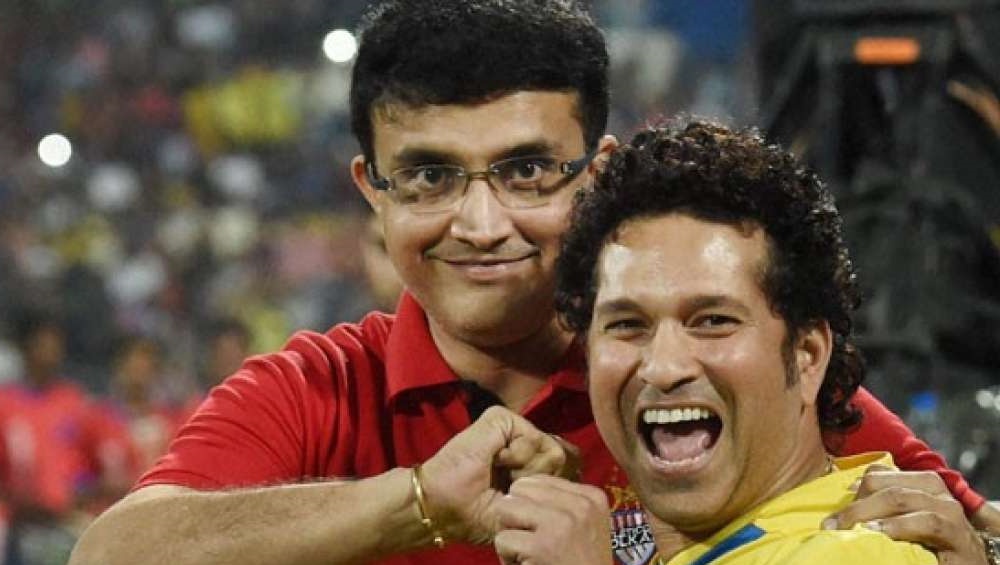 They played together, grew up together and represented the India national cricket team together joining each other to deliver many iconic moments in Indian cricket. And even after retirement Sachin Tendulkar and Sourav Ganguly have remained the best of friends. Such has been the bond between two of India’s most successful cricketers that both can be seen pulling each other’s legs on several occasions. The latest of which came after Tendulkar landed in Berlin, Germany for the Laureus World Sports Awards. Tendulkar, 46, has been shortlisted for the Greatest Sporting Moment 2000-2020 Award. Ganguly soon responded on Tendulkar’s post and trolled his former national teammate. Still Get Goosebumps Thinking About 2011 World Cup Win: Sachin Tendulkar.

"Happy to be in Berlin for the @laureussport World Sports Awards 2020!" wrote Tendulkar on an Instagram post in which can be seen standing outside the iconic Brandenburg gate. Ganguly was quick to reply to Tendulkar’s post and trolled the Master Blaster. "Tendulkar.. I was not wrong ..." Ganguly commented on Tendulkar’s post referring to his earlier reaction in one of Tendulkar’s post.

Happy to be in Berlin for the @laureussport World Sports Awards 2020! #Laureus20 #SportsUnitesUs

Current BCCI president, Ganguly was actually referring to Tendulkar’s earlier post in which his former teammate had uploaded a series of pictures and captioned them "Soaking up the Sun" during his time in Melbourne, Australia. Tendulkar had uploaded these pictures when in Australia. He had gone down under to participate in the Bushfire bash cricket match and had coached the Ricky Ponting XI in the charity match.

Soaking up the Sun 🌞!

Ganguly had then reacted to the photos trolled Tendulkar: “Kisi kisi ka kismat acha hai (some are lucky) .. chuttii manate raho (keep holidaying)," said the BCCI chief. Ganguly was pointing towards the fact that as a BCCI head he is bound to oversee administrative affairs while Tendulkar is free and can travel places.

Meanwhile, Tendulkar is one of the five nominations for the Greatest Sporting Moment 20002-2020 Award. His picture, on the shoulders of Virat Kohli, Suresh Raina and Yusuf Pathan following India’s o2011 World Cup triumph at home, has been titled Carried “On the Shoulders Of A Nation” and the excerpt explains “On his sixth attempt, legendary batsman Sachin Tendulkar and the India men’s national cricket team finally achieved a glorious victory at the 2011 ICC World Cup. India’s historic defeat of Sri Lanka by six wickets in the final was watched live by an estimated 135 million fans across India.”