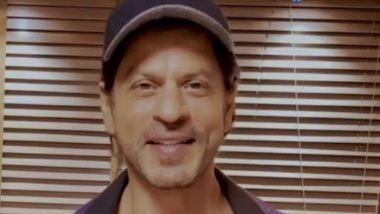 “We at Knight Riders have been expanding around the world over the past few years and we are very proud of the fact that we have become perhaps the only global brand in T20 cricket. We have done a lost of business, specially my films, and I’m thankful to all the fans in the US and around the world for all the love and support that you all have given me over the years. As we all know, the US is a sports-loving country and the biggest media market in the world. I have no doubt that this partnership with the Knight Riders, American Cricket Enterprises and US Cricket will grow into something very, very special over the years. So, I’m really looking forward to this exciting, and wonderful new journey. Thank you all,” he added. Shah Rukh Khan’s New Year Wishes Has Already Made Our 2021 ‘Bigger, Better, Brighter And More Beautiful’, Courtesy This Hilarious Video!.

As per reports, Knight Riders have acquired a Los Angeles team for the forthcoming edition of the Major League Cricket and have named the team as LA Knight Riders. MLC will be a six-team T20 tournament. Apart from Los Angeles, other teams will be based in New York, San Francisco, Washington DC, Chicago and Dallas.

(The above story first appeared on LatestLY on Jan 04, 2021 12:03 AM IST. For more news and updates on politics, world, sports, entertainment and lifestyle, log on to our website latestly.com).