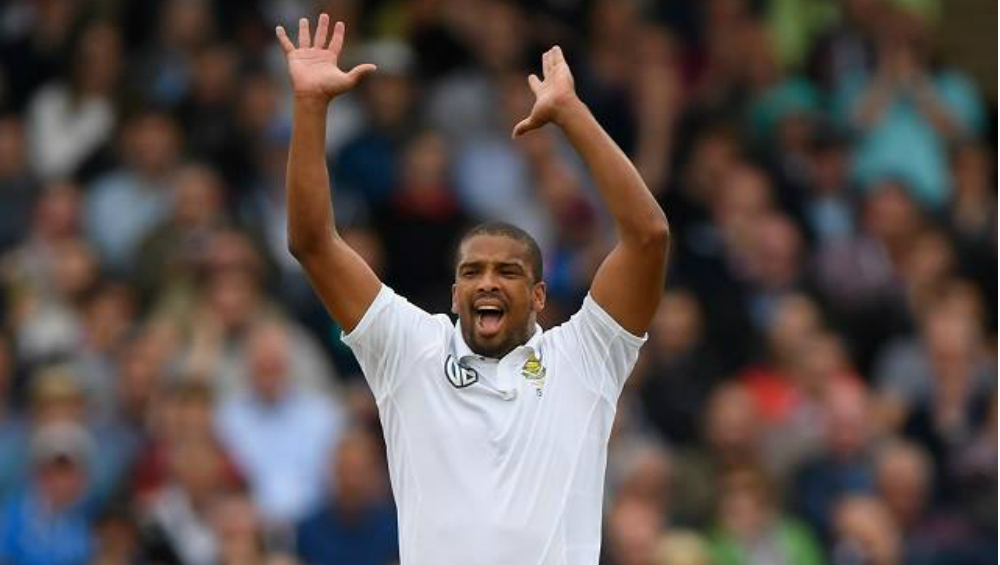 Johannesburg, January 27: South Africa paceman Vernon Philander played his last Test here against England and will now retire from international cricket. Philander, 34, has played 97 matches across all three formats, taking a total of 261 wickets since his debut in 2011, before this game.

In his farewell Test, the last of the four-match series, he could not help South Africa win as the hosts lost to England by 191 runs but the ace medium fast bowler, known for his guile, was celebrated after the match on Day 4 as he was presented with a token. SA vs ENG 4th Test 2019-20 Match Result: Mark Wood Shines as England Beat South Africa To Win Series 3-1.

"I'd like to thank Vern for his services to the Proteas over the years, this team will miss him so, so much. We will sit with him tonight in the dressing room and share in the memories. It's a lot of effort and time, the sacrifices you make over ten years," skipper Faf du Plessis said.

It was not a Test to remember otherwise for Philander as he was fined 15 percent of his match fee and handed him one demerit point. Philander received the penalty for his celebration after dismissing England's Jos Buttler on the second day of the fourth Test at the Wanderers. South Africa Vs England, Match Summary.

Philander had announced before the start of the series that this would be his last in international cricket. In the match, he took two wickets in the first innings and remained wicketless in the second in which he bowled just 1.3 overs. Philander scored 4 and 10 in both innings.