KL Rahul has emerged as a vital cog of the Indian cricket team and his recent performances are nothing but sensational. Owing to the COVID-19 crisis, however, the right-handed batsman hasn’t been able to showcase his on-field blitzes. In the meantime, nevertheless, Rahul has been quite active on social media and has been constantly sharing photos and videos of his daily-life activities. In his latest picture, however, he can be seen drinking coffee which invited a lot of trolling from the netizens. Fans reminded the batsman about the infamous ‘Koffee with Karan’ row due to which he faced a ban. In fact, skipper Virat Kohli also pulled his leg by saying that his cup is dirty. Hardik Pandya Opens Up on the Koffee With Karan Controversy.

“Cup ganda hai,” commented the Indian captain on Rahul’s Instagram picture. While, the other social media users filled the comment section of the post with memes about the controversy in Karan Johar’s chat show. In 2018, Rahul and Hardik Pandya became the first set of cricketers to appear on the famous show. However, their remarks during the course of the episode didn’t go down with fans. As a result, BCCI banned both the cricketers for a certain period of time. However, the duo came back strong. Meanwhile, let’s look at how Kohli and others poked fun at Rahul. KL Rahul Recalls Chris Gayle’s Century Against Sunrisers Hyderabad in IPL 2018. 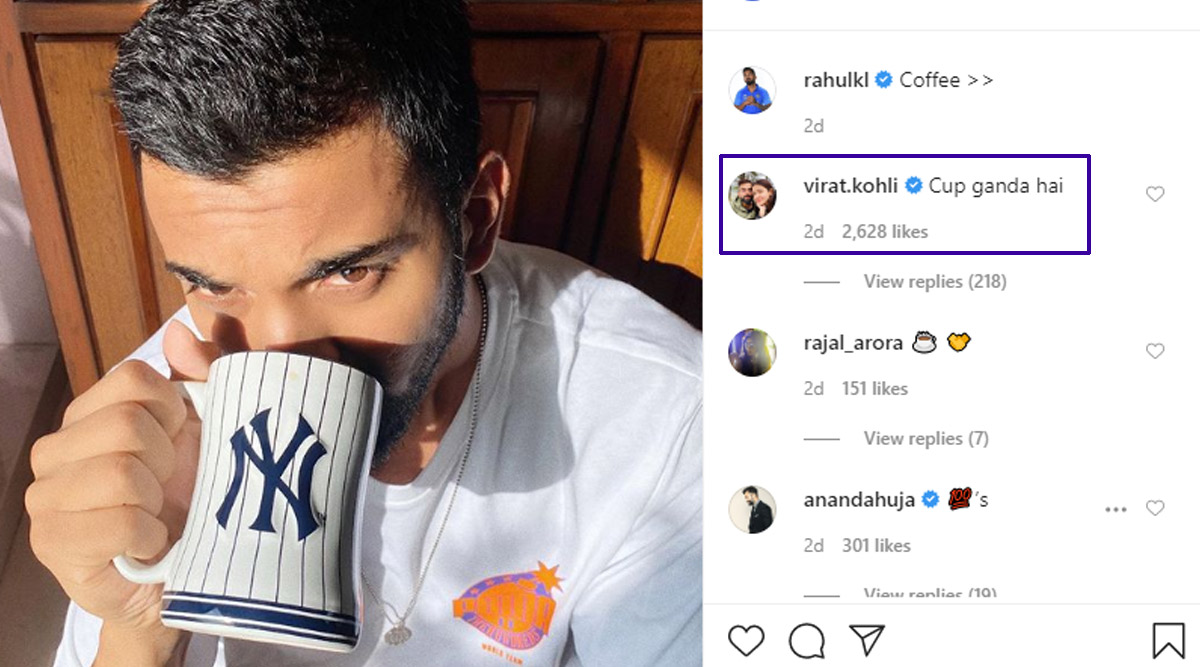 Last time I saw Rahul drinking Coffee was at Koffee with Karan pic.twitter.com/um39U2CddG

Ha ha, shall we call karan to brew one for you

From your looks, it seems like you are missing @karanjohar badly.

Still ? Not yet done with... pic.twitter.com/WM0nXxMhiA

Bhai but please never ever coffee with Karan 😅😅😅😅😅

Talking about cricket action , Indian Premier League (IPL) governing council chairman Brijesh Patel has made it clear that BCCI is planning to conduct the 2020 edition of the gala tournament in October-November. However, they have to wait for the official confirmation of International Cricket Council (ICC) regarding the postponement of the T20 World Cup.

(The above story first appeared on LatestLY on Jun 30, 2020 09:48 PM IST. For more news and updates on politics, world, sports, entertainment and lifestyle, log on to our website latestly.com).