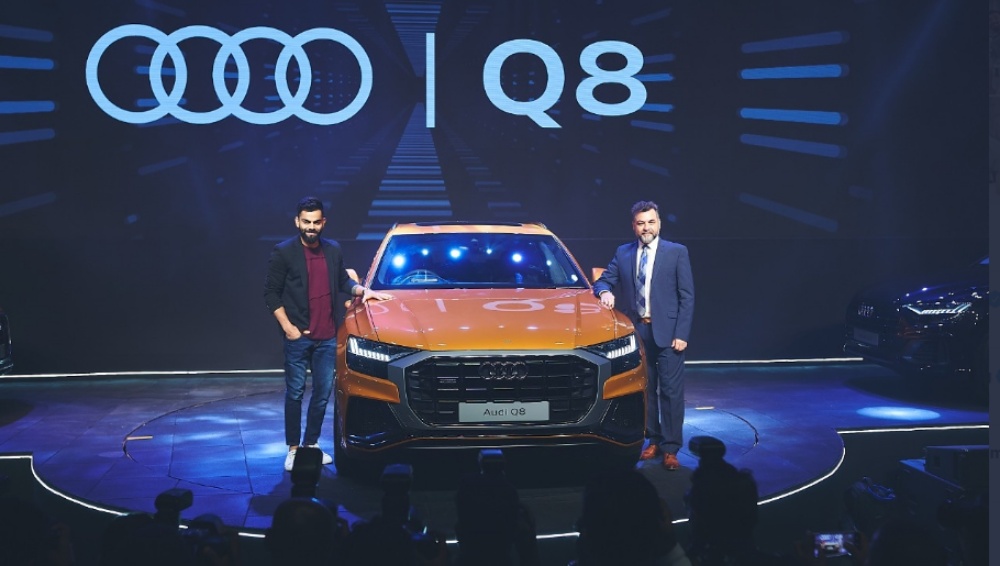 Not very long ago, the Indian cricket captain sent his fans in a tizzy as he was seen driving the new machine Audi Q8. The pictures of his white Audi went viral on social media. The luxury car is priced at Rs 1.33 crores. In this car, the company has offered 11 interior trims, and 9 wooden inlays are on offer among others. The car is available in 54 colours to match the taste of the buyer. For now, check out the picture of the launch below:

Stylish, elegant and classy. An absolute beast the Audi Q8 😎👌Glad to be a part of the launch with Mr Balbir Singh Dhillon, Head @audiin #AudiQ8 #8thDimension

Talking about Kohli, the Indian cricket captain is currently in New Zealand touring with the other members of the Indian team. The Men in Blue will play five T20Is, three ODIS and a couple of Test games. The first T20I will be held on January 24, 2020, at Eden Park in Auckland and the series will end on March 4, 2020.