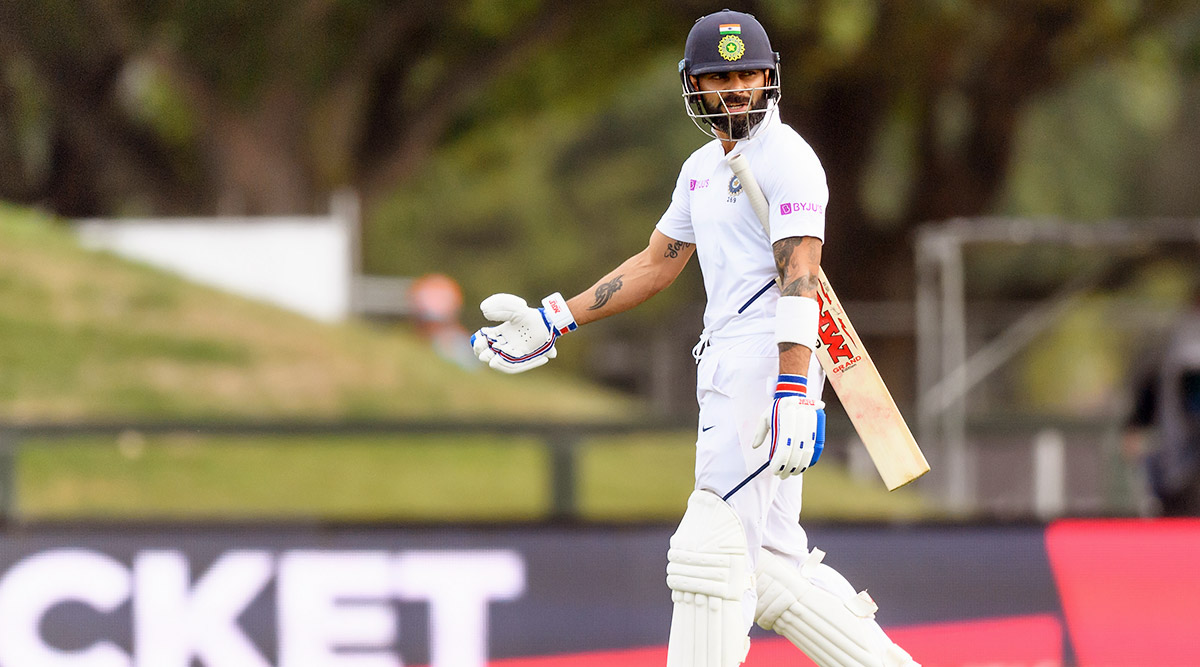 Virat Kohli’s horrible run continued on the Day 2 of 2nd India vs New Zealand Test as he perished after scoring 14 runs. With this Kohli’s New Zealand Tour with the bat also came to an end. The talismanic batsman struggled throughout the series and scored mere 38 runs in the Test series, his lowest in a two-match Test series. In fact, Kohli’s lean patch started right from the beginning of the Tour where he couldn’t register even one significant score. Cricket fans all around the world are also disappointed seeing Kohli’s dismal run and they slammed him for failing regularly. New Zealand Vs India, Live Cricket Score 2nd Test Match.

Speaking about his last knock, the 31-year old came into bat after the fall of Prithvi Shaw in the ninth over. Kohli looked in good touch at the start as he was being watchful and was trying to assess the conditions well. The Indian skipper also smashed three boundaries in his knock and seemed like piling up a huge score.  However, he was foxed by an inswinging delivery from Colin de Grandhomme and he was adjudged leg-before wicket (lbw). Well, the netizens were certainly not amused by Kohli’s form and below, we’ll look at how they reacted. Virat Kohli Gives Animated Send-Off to Kiwi Skipper Kane Williamson.

I think he hasn’t been disciplined enough and shown gutsy character to survive. #Kohli

Do you know reason ....Why virat not play practice match....?

Virat Kohli disappoints. Steve Smith is indeed the greatest batsman as he plays on all surfaces. When not playing in flat surfaces Kohli cannot even see the ball properly. He is in competition with Babar Azam maybe @imVkohli #Kohli

Yet another flop show by #Kohli , the overrrated flat track bully... Rhsi is the reality.. Getting out to CDG 😀😀Time to go shopping with wifey and take permanent retirement#ThankYoukohli#NZvIND

Earlier in the day,  the Kiwis came out to bat at 63/0. They were placed comfortably on the driver’s seat. However, the Indian pacers breathed fire with the red cherry and bundled the home side out for mere 235 runs. Mohammed Shami was the pick of the bowlers, taking four wickets while Jasprit Bumrah scalped three wickets. In reply, the Indian batsmen were also not able to face the swinging deliveries and are currently tottering at 90/6.