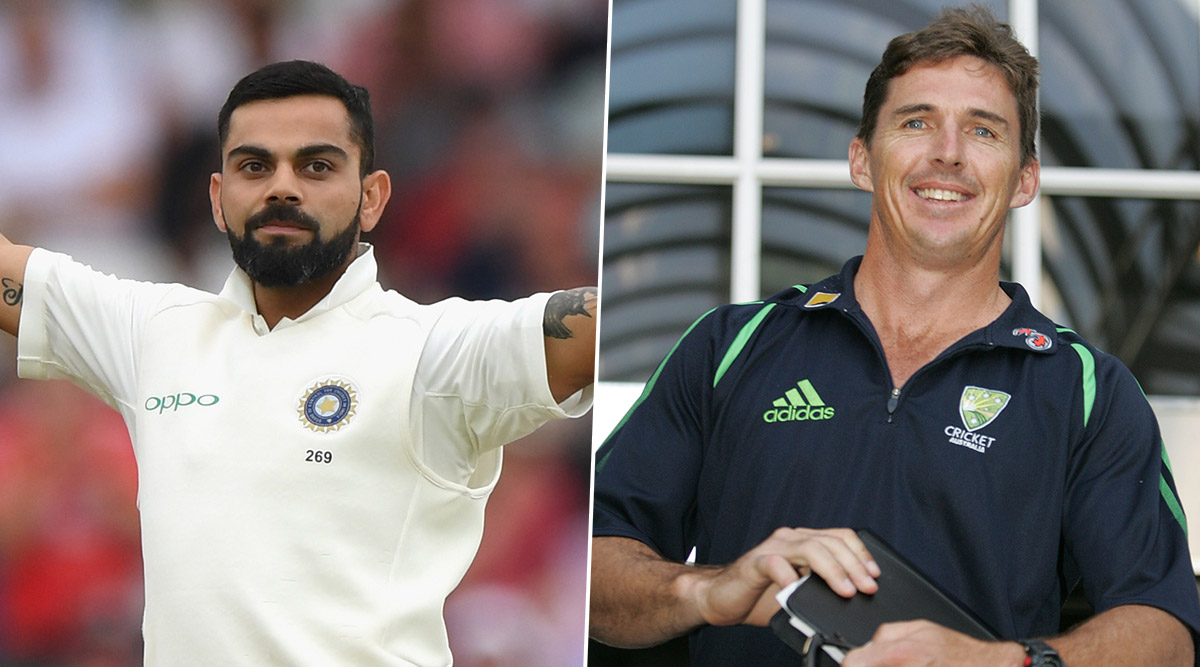 Virat Kohli is arguably the best batsman in modern-day cricket and his record in all forms of cricket speaks volumes of his prowess. Surprisingly, however, the right-handed batsman is not included in Brad Hogg's current World Test XI. In fact, as many as, four Indians are present in the team chosen by the former Australian spinner. Justifying his decision, Hogg said that the Indian skipper hasn't enjoyed a great run in the longest format of latest unlike his contemporaries. Kohli went through a rough patch during India’s last tour New Zealand tour as he could register only 38 runs in four Test innings. ‘Love Our Chats’: Virat Kohli Shares Throwback Picture With ‘Good Man’ Kane Williamson.

“Everyone will ask why is Virat Kohli not in this team?” Hogg said in a Instagram video. “But if you look at his last 15 Test innings, only four times he has gone over 31. That’s why Virat Kohli is not my Test team this year,” he added. Virat Kohli's Dinosaur Walk Funny Memes Trend Online

The former cricketer went with Rohit Sharma and Mayank Agarwal to open the innings his current World Test XI. While, Australian duo Marnus Labuschagne and Steve Smith are placed at third and fourth position respectively. The fifth spot has been given to Pakistan star Babar Azam while Kohli’s deputy Ajinkya Rahane is in the sixth place.

So here we are folks - my best Test XI of current players as promised. All picks are based entirely on performances since January 2019. Will we see Babar Azam and Virat Kohli in the same side? Who are spearheading my pace attack? Find out on today's episode of #HoggsVlog. What's your current Test XI going to look like? Share your sides with me in the comments below.

Hogg has chosen South Africa’s wicket-keeper batsman Quinton de Kock as the captain of his team. Interestingly, the Proteas southpaw has never lead his national side in the longest format of the game.

Coming to the bowlers, the top-ranked Test bowler Pat Cummins has made it to Hogg’s team while Indian pacer Mohammed Shami and New Zealand speedster Neil Wagner are the two fast bowlers. Australia’s Nathan Lyon in the lone spinner and 11th man of Hogg’s team.