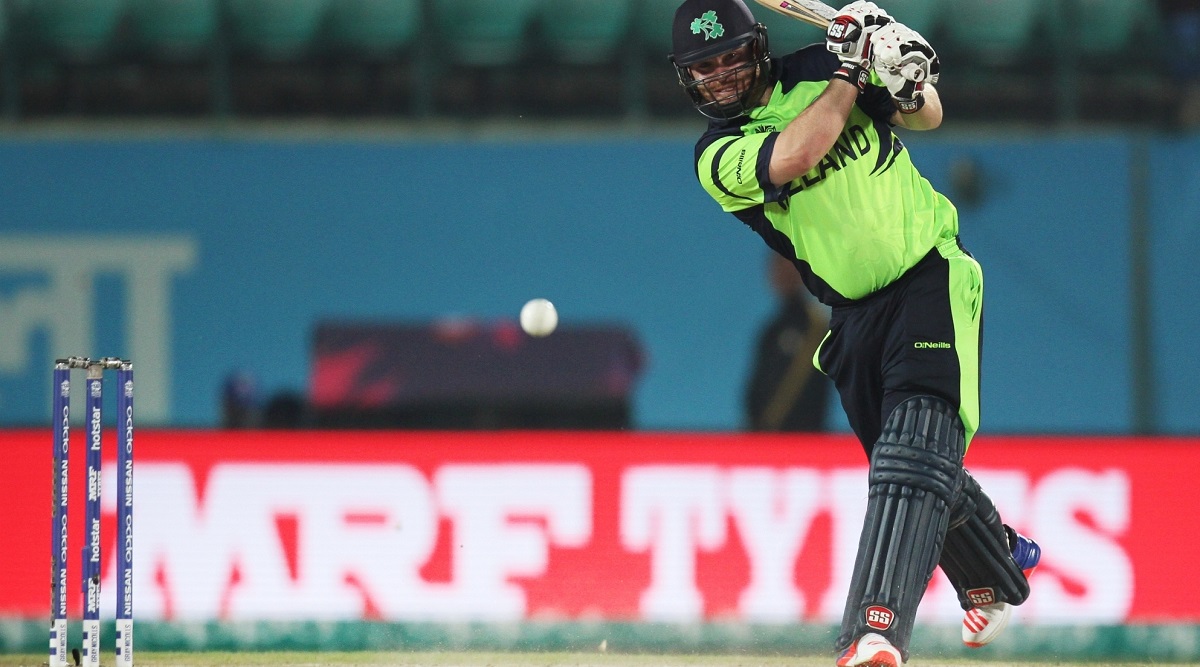 St George's, January 16: Paul Stirling's explosive 95 helped Ireland register a thrilling four-run win over West Indies in the first T20I of the three-match series played at the National Cricket Stadium, Grenada. Captain Andrew Balbirnie won an important toss on Wednesday evening and elected to make first use of a wearing wicket. The opening pair of Stirling (95 from 47 balls) and Kevin O'Brien (48 from 32 balls) smashed the ball to all parts of the ground -- and smashed some records along the way -- as they set about demolishing a shell-shocked West Indian attack.

The pair put on 93 runs in the first six overs -- a record high team score during the first powerplay in T20I cricket -- and went on to strike a 154-run partnership in 12.3 overs. This was a record T20I partnership for Ireland for any wicket, and put the visitors in a commanding position. However, just when things appeared to go beyond West Indies' hands, Dwayne Bravo, making his return to international cricket after reversing his retirement, scalped the wicket of O'Brien just two runs short of his half-century. Stirling fell five balls later, five runs short of what would have been a deserved ton. His innings included 8 sixes and 6 fours. West Indies vs Ireland, 1st T20I 2020 Live Streaming Online: Get Free Telecast Details of WI vs IRE on TV With Match Time in India.

Towards the end of the innings, 19 from Gareth Delany and 17 from Gary Wilson helped the Irish end on 208/6 -- their third-highest team score in T20I cricket. The hosts needed a fast start, and they got away at pace. 33 came up from the first three overs, however, a spectacular diving outfield catch by George Dockrell brought the first wicket from Josh Little's bowling.

The Windies batters continued to pile on the runs -- as the run rate required dictated they must -- but crucial wickets of Evin Lewis (53) and Shimron Hetmyer (28) changed the momentum of the game again.

West Indian captain Kieron Pollard scored 31 runs from just 15 balls, threatening to take the game away from Ireland, but the Irish fielders continued to hold their catches -- and their nerves -- taking the game into the last over.

Needing 15 from the last over, a seesawing six-balls saw two wickets fall and a six hit, but with five needed from the last ball, Josh Little (3/29) delivered a good length ball and Ireland registered only their second-ever victory over the West Indies in white-ball cricket. The second match will be played on Saturday at St. Kitts and Nevis.