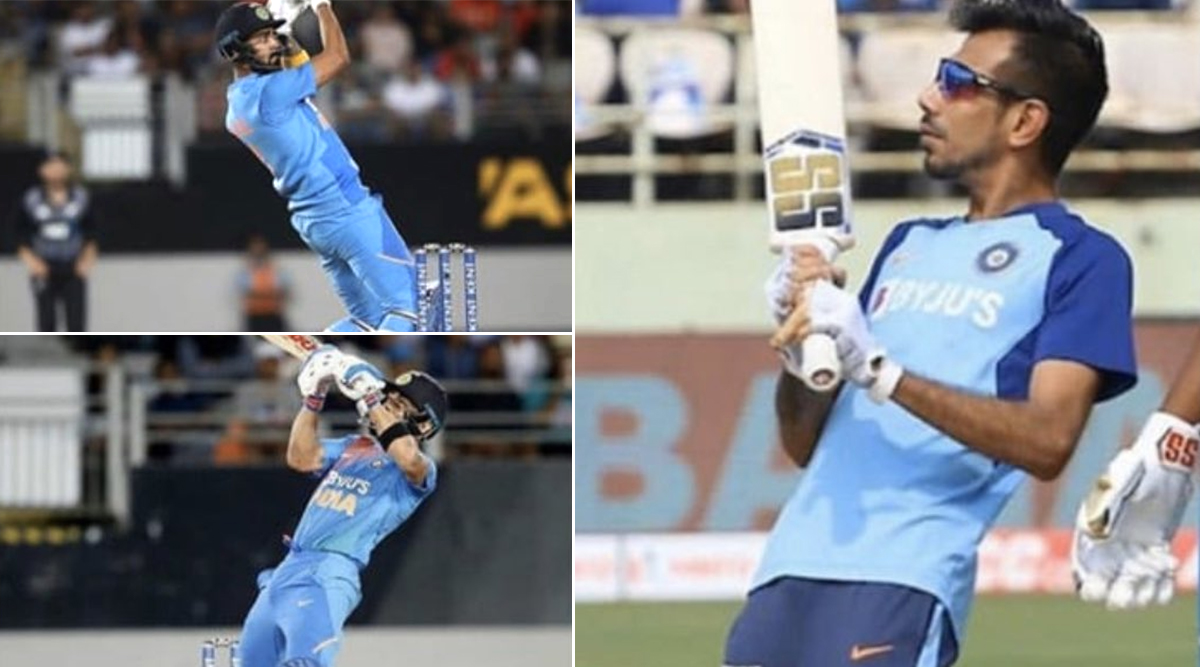 KL Rahul and Virat Kohli have been in spectacular form in the ongoing T20I series against New Zealand. The wicket-keeper batsman has scored half-centuries in both the games while the Indian skipper has been his usual self. After the 2nd T20I match a lot of talk has been about the upper-cut played by both KL Rahul and Virat Kohl and people around the world have praised the two for that inventive shot but Indian bowler Yuzvendra Chahal has trolled the two in a recent Twitter post. Emotional Yuzvendra Chahal Reveals MS Dhoni’s Corner Seat in India Team Bus Is Still Reserved, Says ‘No One Sits There’ (Watch Video).

In a recent post shared on social media by Yuzvendra Chahal, the Indian bowler could be seen mimicking Virat Kohli and KL Rahul’s upper-cut shot. ‘When they trying to copy my shot, not bad keep it up youngsters’ Chahal captioned his post. The photo of Yuzi Chahal imitating the shot was taken during a practice session ahead of the third T20I clash against New Zealand. The 29-year-bowler is known for his witty sense of humour and this could be seen through this post and his recent banter with Kiwi opener Martin Guptill. Yuzvendra Chahal Meets Martin Guptill, Asks Kiwi Batsman to Repeat 'Ga**u' Word, Watch Video.

When they trying to copy my shot 😂🤣😜 not bad keep it up youngsters 🙈🙏🏻 @BCCI 🇮🇳 pic.twitter.com/1tirLi1eS8

India take on New Zealand in a 3rd T20I match of the five-game series on January 29, 2020 (Wednesday) at Seddon Park Stadium in Hamilton. Team India already have a 2-0 lead and will be looking to wrap up the series with a win in this encounter. Meanwhile, Black Caps will be eager to turn around their fortunes as they look to keep themselves alive in the series with a win.