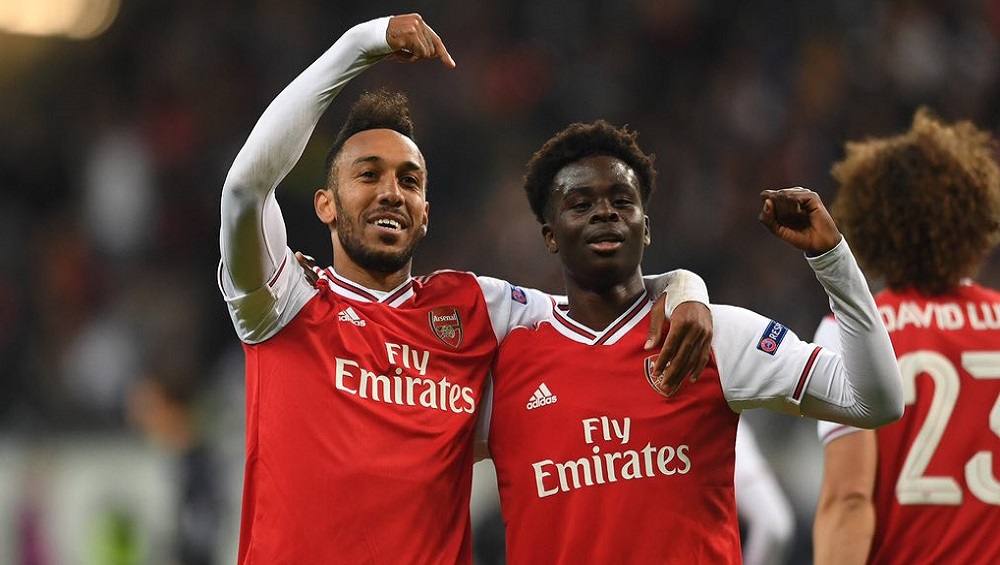 Arsenal will take on Olympiacos in the second leg of UEFA Europa League 2019-20 Round of 32 clash. The match will be played at the Emirates Stadium on February 27, 2020 (late Thursday night). The Gunners came out on top in the first previous meeting between the teams as they won the game 1-0 courtesy of a late goal from Frenchman Alexandre Lacazette. Meanwhile, fans searching for live streaming details of Arsenal vs Olympiacos in UEL 2019-20, can scroll down below for more details. Pierre-Emerick Aubameyang Transfer News Update: Boss Mikel Arteta Hopes to Keep Gabonese Striker at Arsenal Amid Barcelona Interest.

Arsenal will be without the services of defender Sead Kolasinac as the Bosnian picked up a shoulder injury during the weekend clash against Everton. Along with Kolasinac, Kieran Tierney, Cedric Soares and Calum Chambers are set to miss the game for the Gunners. Lucas Torreira and Mesut Ozil didn/t play in the first leg and could return to the team for this match. Olympiacos, on the other hand, will be without Ruben Semedo as he picked up another yellow card in the reverse fixture and is automatically suspended for this clash. Hilal Soudani is the only other absentee for the visitors.

Arsenal vs Olympiacos clash in Europa League 2019-20 round of 32 encounter will be played at the Emirates Stadium in London. The ARS vs OLY match is scheduled to begin at 01:30 am IST (Indian Standard Time) on February 28, 2020 (Friday).

Live telecast of Arsenal vs Olympiacos Europa League 2019-20 round of 32 clash is available on Sony channels. Sony Pictures Network (SPN) is the official broadcaster of EUL 2019-20 in India. Fans can follow the live action of ARS vs OLY match on Sony Ten 2 and Sony Ten 2 HD channels.

Where to Get Free Live Streaming Online of Arsenal vs Olympiacos, UEFA Europa League 2019–20 Football Match?

As Sony are the official broadcasters of Europa League 2019-20 in India so SonyLiv, the OTT of Sony Network, will be live streaming the Arsenal vs Olympiacos for its online fans in India.

Arsenal have history on their side as the Gunners have won three of their last four-game against Olympiacos at home and have progressed from all the 17 knock-out ties after winning the first leg on the road. The Greek side have a tough task in front of them and Mathieu Valbuena needs to be at his best if they are to pull off a miracle.