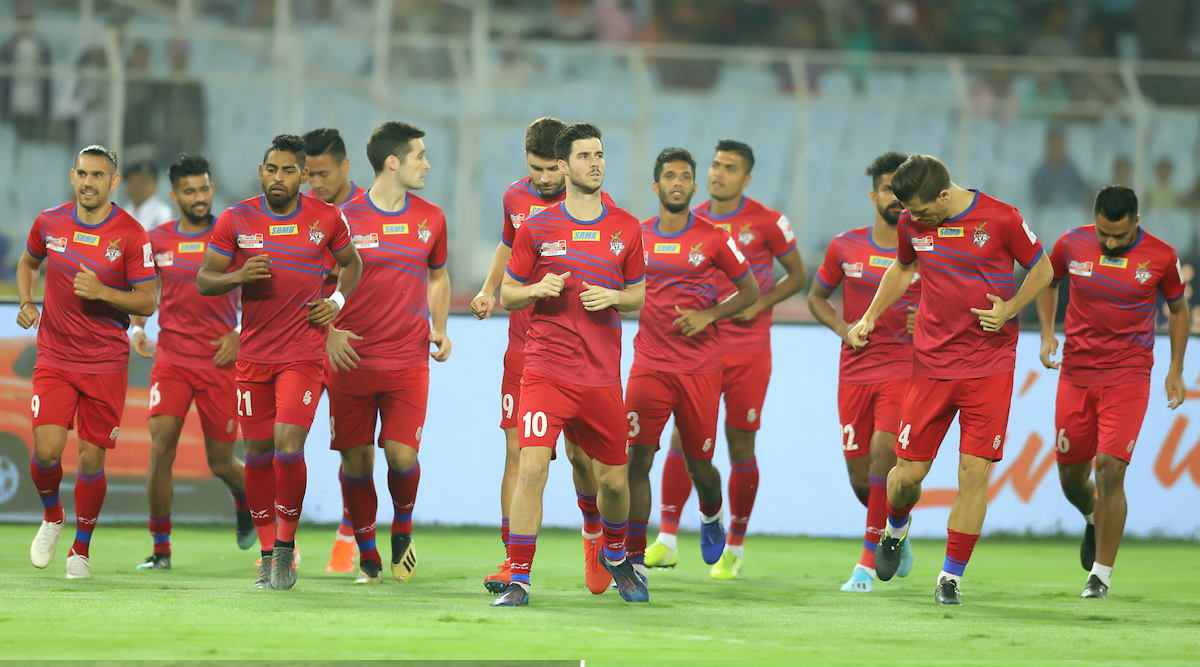 Atletico de Kolkata will take on Kerala Blasters in match 58 of the Indian Super League (ISL) 2019-20. This match will be played at the Salt Lake Stadium in Kolkata on January 12, 2020 (Sunday). The two teams met earlier on the opening day of the new season and Kerala registered a comeback 2-1 win. In Head-to-Head records, ATK and Kerala Blasters have met 13 times in ISL and the Kolkata side have the upper hand with five wins to Kerala’s three and five matches have ended in draws. In the last five meetings, the Blasters have two wins while three matches have ended in a draw. ATK FC Vs Kerala Blasters FC - Live Football Score.

ATK are chasing the top spot in the table and a win could see them overtake Goa on the basis of goal difference. Meanwhile, Kerala got their first win since the opening day of the competition as they defeated Hyderabad 5-1 in their last ISL encounter. The two-time champions are unbeaten at home this season and will be looking to continue that against a resurgent Kerala side. ATK haven’t been able to get the better of Kerala in the last five encounters and this time will be looking to take advantage of the home comfort and register a crucial win. Ahead of this clash, we take a look at the results of the last five encounters between the sides. ATK vs KBFC Dream11 Prediction in ISL 2019–20.

The two teams met earlier this season on the opening day and Kerala got the better of the two-time champions. Carl McHugh opened the scoring in the sixth minute of the game but Bartholomew Ogbeche’s brace before half-time put the home side ahead and was enough to give them a win.

The first half of the match was a cagey affair as none of the sides wanted to take a risk early on. The sides went level in the break at 0-0 and none of the sides really got into the game until the last ten minutes when Edu Garcia opened the scoring for the away side. ATK were heading towards a win but a Gerson own goal two minutes from time ended the match in a draw.

Kerala dominated the match from the get-go but couldn’t make their superiority count until the final quarter of the game. Matej Poplatnik opened the scoring for the visitors but the points were made sure when Slavisa Stojanovic netted four minutes from time.

ATK had the lion’s share of possession in the match and also dominated the game in terms of attempts on target but were unable to break the deadlock. Both keepers were in spectacular form as they pulled off some spectacular saves to end the match in a goalless draw.