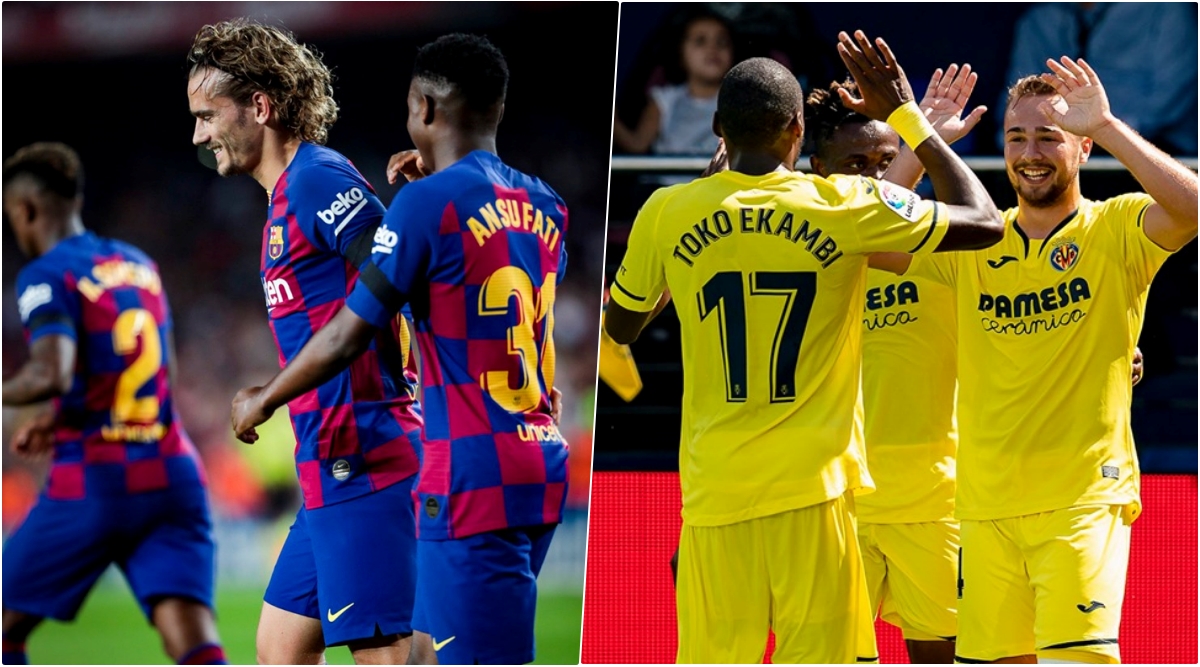 Barcelona vs Villarreal, La Liga 2019 Free Live Streaming Online & Match Time in IST: Barcelona are in a spot of bother at the moment with some terrible performances since the start of the La Liga 2019/20 campaign. A 2-0 thrashing at the hands of newly-promoted Granada meant the defending champions were pushed to 8th in the points table with 7 points. Opposition Villareal are a point ahead of them at 7th with two wins in their last two games. Ernesto Valverde is a man under a lot of pressure at the moment, and only a win at Nou Camp against Villareal will relieve some of that. Critics have panned him for his style of play and also some of his team selections and tactics have been questioned consistently.

Ousmane Dembele has returned to training after suffering a hamstring problem a few weeks ago. The Frenchman is in the squad though he is not likely to start. Newly crowned FIFA Best player Lionel Messi will be the man Barcelona fans have their hopes pinned on while Ansu Fati should keep out Luis Suarez from the playing eleven. At the back, Gerard Pique and Clement Lenglet should continue to feature despite some poor performances off late. Frenkie De Jong is the main man in midfield for the hosts who will run the show from the right.

Santi Cazorla in the playmaker role still has it in him to destroy the best of defences and Barcelona will have to keep a check on his movements. Ahead of him will be Gerard Moreno replacing Carlos Bacca, who drops to the bench. Raul Albiol is a veteran when it comes to facing Barcelona in crunch games, and the defender will bank on Pau Torres to provide him with the right support in the Villareal backline.

Barcelona vs Villarreal will take place on late September 24 (Tuesday) night at 12.30 am IST (Indian Standard Time). The match is held at Camp Nou.

How to Watch Live Telecast of Barcelona vs Villarreal, La Liga 2019-20 Football Match?

Barcelona vs Villarreal will not be live telecast in India as there is no official broadcaster for Spanish La Liga in the Indian Subcontinent. Sony Pictures Networks had held the broadcast rights of La Liga in India previous season.

Where to Get Free Live Streaming Online of Barcelona vs Villarreal, La Liga 2019-20 Football Match?

With no official broadcaster, you cannot get live streaming on popular apps such as Hotstar or SonyLiv but you can still catch Barcelona vs Villarreal match online via live streaming on La Liga's official Facebook page. You can also follow LatestLY for live football score updates. Barcelona are unbeaten in their last 20 meetings with Villareal and playing at home is an important factor that should help them get all three points.