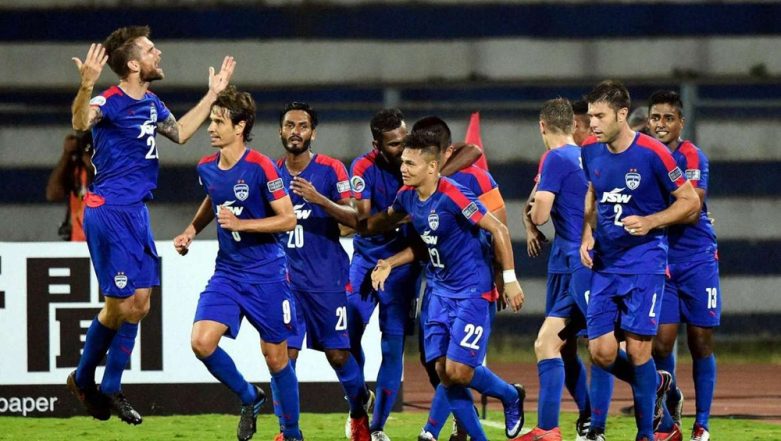 Bengaluru FC will host ATK in the 56th match of the Indian Super League (ISL) Season 5, on Thursday. It will be the final fixture for both the teams before the long winter-break sets in. If you are looking for the live telecast and online streaming details of BFC vs ATK, ISL 2018-19 match, then you can find the relevant information here.

In their head-to-head rivalry, both the teams have played against 3 times in the history of ISL. In those games, Bengaluru FC have won all the matches against the Kolkata-based club. ISL 2018-19 Points Table & Team Standings.

Bengaluru FC are unbeaten in the ongoing season, so far. Out of the 10 matches they have played in ISL Season 5, they have won 7 times, and faced defeat on 3 occasions. With 24 points this season, they are currently on the top spot of ISL 2018-19 Points Table. Indian Super League 2018–19 Schedule in PDF for Free Download: List of Full Football Match Timetable, Date, Venue & Time of ISL 5.

As for ATK, they have played 11 matches in the season so far. The Kolkata-based club has won in 4 games, and have lost an equal number of games, with 3 of them ending in a draw. With 16 points in the season, ATK is on the 6th spot of the PKL 2018-19 Points Table.

Table-toppers Bengaluru Bulls will take on sixth-placed ATK in ISL Season 5, on December 13, i.e. Thursday. The game will be played at Sree Kanteerava Stadium in Bengaluru, with the match scheduled to begin at 7:30 p.m (IST).

Where to Watch the Live Telecast of Bengaluru FC vs ATK, Hero ISL 2018–19, Football Match?

Star Sports Network happens to be the official broadcaster of the ISL Season 5, in India. The viewers can watch the Bengaluru FC vs ATK match on Star Sports 1 and Star Sports 1 HD channels. The contest will be available with Hindi commentary too, on Star Sports 3 channel.

If the viewers want to watch Bengaluru FC vs ATK match online, they can see it through Star Sports’ live streaming service, i.e. Hotstar. If they're going to catch the live updates about the ISL match, then they can click here!