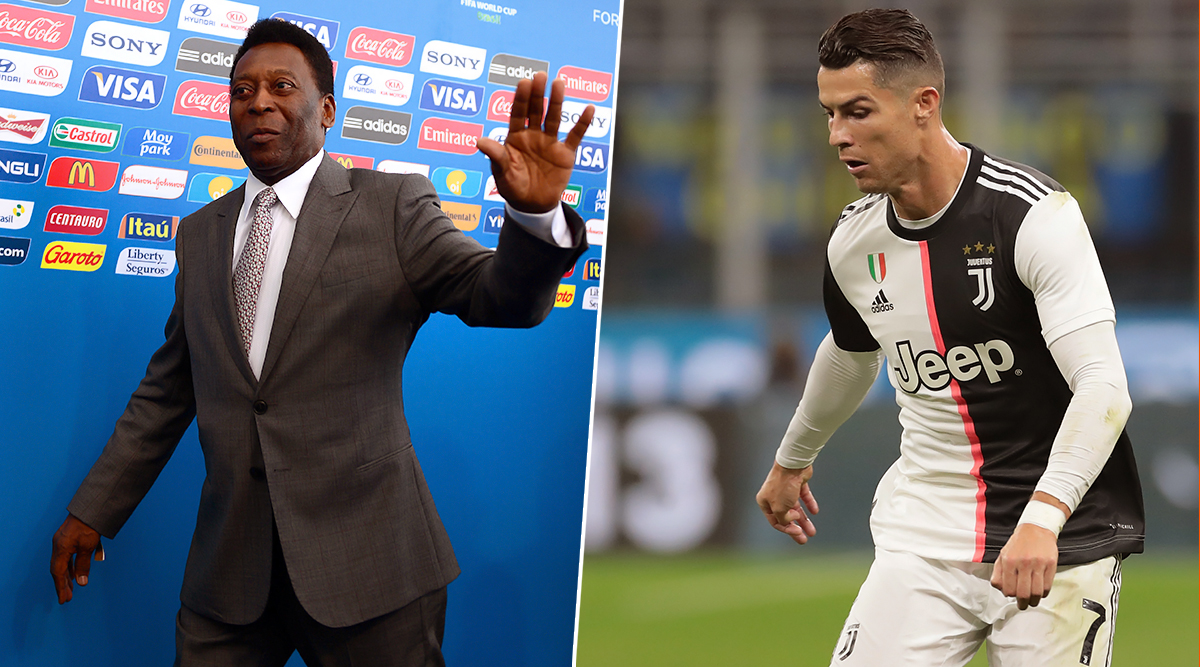 But the 79-year-old believes neither Ronaldo nor Messi are as good as he was during a celebrated career with Santos, the New York Cosmos and Brazil, reports Xinhua news agency. Cristiano Ronaldo Flaunts his Abs During Self-Quarantine, Poses for a Photo With his Sisters.

"Right now, Cristiano Ronaldo is the best, because he is the most consistent over the past 10 years, although Messi should not be forgotten," Pele said in an interview on the Pilhado YouTube channel.

The former Brazil No. 10 also cited Zico, Ronaldinho, Ronaldo Nazario, Franz Beckenbauer and Johan Cruyff in his list of all-time favourite players. He did not mention former Argentina forward Diego Maradona, widely regarded as Pele's only rival for the title of the greatest player in history.

"There is only one king. Pele was better than all of them," he said. "If I have to be honest, well, I'm telling you the truth: my father and mother closed the factory. There will only ever be one Pele."

Pele is the only footballer to win three World Cups, and scored over 1,000 goals in a professional career that spanned 22 years.