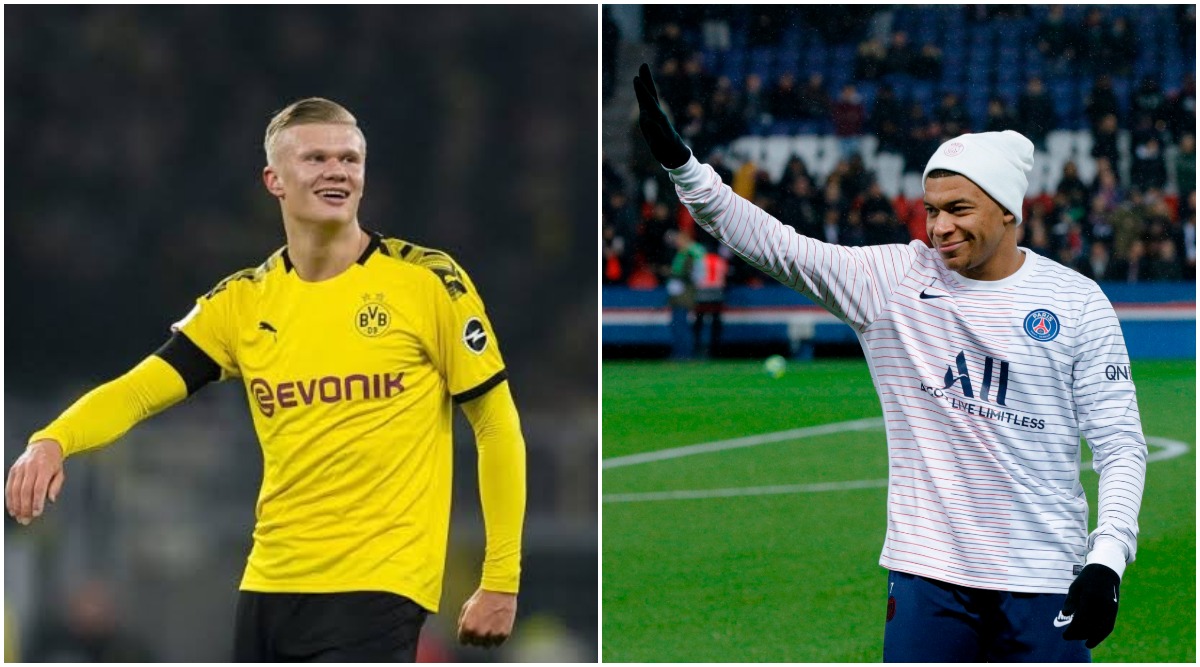 Enjoy the Cristiano Ronaldo vs Lionel Messi dual as long as they last, many said. Ronaldo and Messi are considered once in a generation perhaps even once in a lifetime sort of players and everything they do and achieve, it has always been compared with the other. And with both nearing their twilight it was considered a huge loss for football but fans may have already found the next Ronaldo and Messi of football in Erling Braut Haaland and Kylian Mbappe. Both the youngsters faced-off each other in the 2019-20 Champions League round of 16 clash between Borussia Dortmund and Paris Saint-Germain and in them the footballing world seems to have found the new Ronaldo and Messi. Fans feel both Haaland and Mbappe cane fill the void that will be left in football when Ronaldo and Messi retires.

Mbappe, Golden Boy in 2017 and a World Cup winner a year later, was already touted as one of the finest strikers of the next generation and is also one of the favourites to win the Ballon d’Or in future. The Frenchmen is also proclaimed as one of the heirs to the Ronaldo-Messi’s throne.

These stats are unreal, this is my striker 😲 pic.twitter.com/IngCe8iJkG

Haaland and Mbappé will be the new Messi vs Ronaldo

Haaland vs Mbappe the Next Ronaldo vs Messi

Obviously the Ronaldo v Messi rivalry will never be matched not just in football but in all sport, but I think what we’re about to witness is the Erling Haaland v Kylian Mbappe rivalry over the next decade. And boy, I’m ready for it! pic.twitter.com/9H6OmnFn57

Haaland, on the other, has started his career but his form and the goal-scoring streak has taken everyone by surprise. Haaland, 19, has already scored netted 11 times in 7 appearances for Borussia Dortmund. He also has 10 goals in just 10 Champions League games, when one combines his eight goals from Red Bull Salsburg and two at Dortmund. No one has reached 10 goals in UCL at this speed.

The Future of Football?

Who is your future 🐐?

The many moods of Erling Haaland pic.twitter.com/uvLgM9z4CK

On the night, however, Haaland outshone Mbappe with two goals in the Dortmund vs PSG round of 16 match. This was the first time both the teenage sensations were facing each other – something Ronaldo and Messi have done multiple times in their careers – and it can be easily be said that the Norwegian striker outshone his French counterpart.

Haaland was at the right place in the right time for the first goals while he burst the net with a powerful shot to put Dortmund 2-0 ahead. Mbappe, who experienced evening, replied by assisting Neymar to help PSG pull one back. Both will be facing each other again in the second leg at Parc des Princes next month.