Euro 2020 Semi-finals Schedule: Who Plays Who in Last Four?

The Euros this year has been a memorable one with some surprising and memorable performances and now, it has come down to the semi-finals where all four teams would be dishing out their best performances in pursuit of European glory. 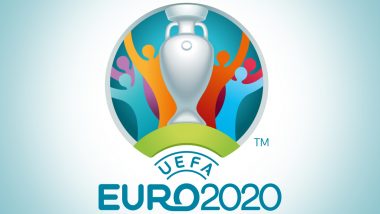 After days of exhilirating football, it has finally boiled down to four teams--England, Spain, Italy and Denmark. The quarter-finals featured loads of memorable moments, some stunning strikes, penalty misses, record-equalling goals and iconic celebrations with players like Harry Kane, Patrick Schick and Jordan Henderson starring for their sides in spectacular fashion. The Euro 2020 semi-finals would be played from July 7-8 in Wembley, England. Take a look at the semi-final schedule of the competition. Cristiano Ronaldo Still on Course for Winning Euro 2020 Golden Boot, Check Full List of Highest-Goal Scorers at This Year's European Championship so Far

Belgium, who had been in superb form throughout the tournament up until the quarter-finals, were knocked out by an indomitable Italian side, who are destined to prove a point or two in what seems to be their comeback competition after missing out of the World Cup in 2018. Spain survived a scare in their match against Switzerland, which they won on penalties. Denmark, who were without one of their best midfield players in Christian Eriksen, stopped the Czech Republic juggernaut in the semi-final, despite Patrick Schick's record-equalling goal. And England showed why they were considered tournament favourites with a thumping 4-0 win over Ukraine.

(The above story first appeared on LatestLY on Jul 04, 2021 02:42 PM IST. For more news and updates on politics, world, sports, entertainment and lifestyle, log on to our website latestly.com).