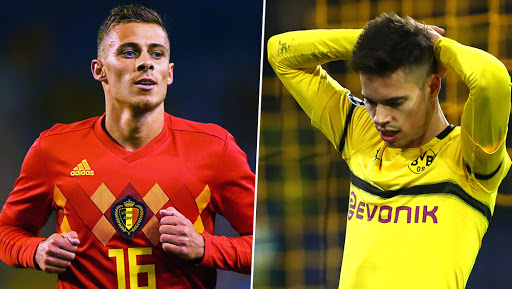 Thorgan – who is the younger brother of Eden Hazard – had scored 13 goals and assisted another 12 in all competitions this season. The 26-year-old had joined Die Fohlen on a loan deal from Chelsea in 2014. A year later he signed permanently for the Bundesliga club after impressing everyone with his performance.

Borussia Dortmund have completed the signing of Thorgan Hazard from @borussia_en on a 5-year contract! pic.twitter.com/yx3YR8Eb4M

"He is an experienced Bundesliga player and Belgium international who can help us with his speed and finish,” said Dortmund sports director Michael Zorc. “He has continuously displayed his quality in the past years.”

Hazard happens to be Dortmund’s second signing of the season. The domestic league runner-ups had also confirmed the arrival of German international Nico Schulz a day earlier. Both Hazard and Schulz have signed a five-year contract. The club had earlier sold Christian Pulisic for 73 million dollars to English Premier League team Chelsea. Manchester United Join Battle For Brazilian Striker Pedro.

Gladbach, who finished fifth in the Bundesliga, narrowly missed out on Champions League qualification. They will instead play in the Europa League after a gap of two seasons.

Now was exactly the right time to take the next step in my career,” said Hazard, who will aim to help Dortmund clinch the league title – they lost out narrowly to Bayern Munich, who won the title by mere two points.