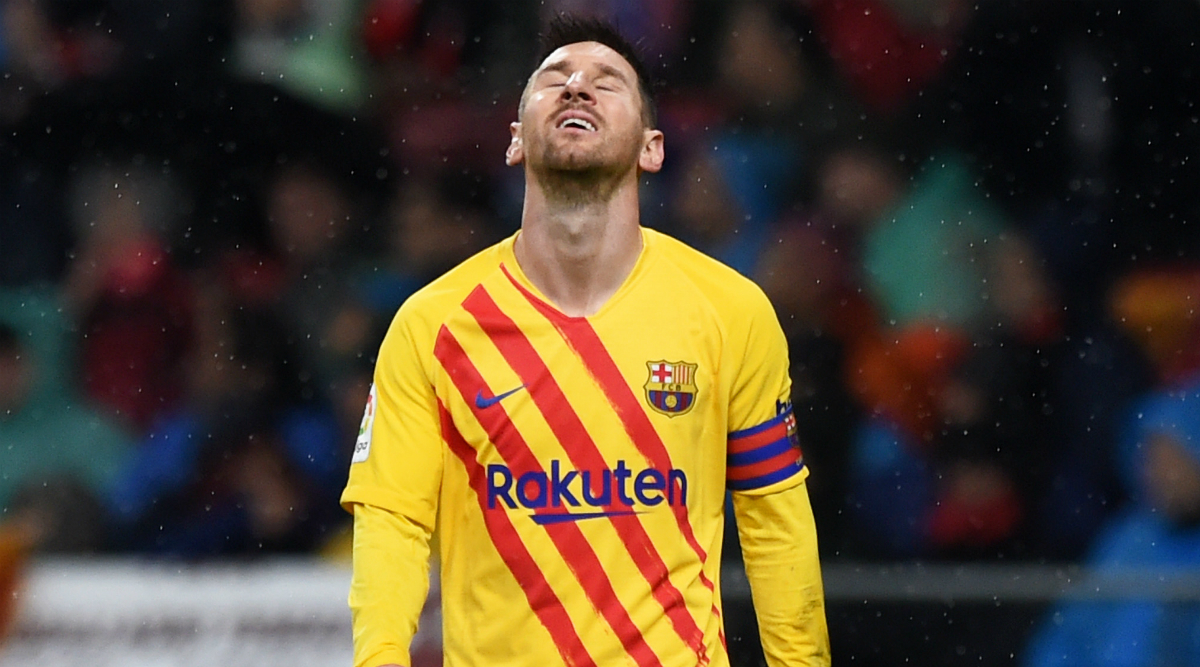 Lionel Messi is set to miss Barcelona’s Champions League clash against Inter Milan as the forward has been excluded from the squad that will travel to Milan for the Group F encounter. Young sensation Riqui Puig has been included in the 20-man squad list. The Catalan side have already secured their passage in the knockout stages of the tournament and will finish top of their group after the matchday 5 win against Dortmund. Ernesto Valverde has opted to give the Argentine a well-deserved rest ahead of El Clasico, which will be played on December 18, 2019. The Barcelona captain scored a hat-trick in Barcelona’s last La Liga match against Mallorca. Lionel Messi Surpasses Cristiano Ronaldo’s Record for Most La Liga Hat-Tricks.

Lionel Messi overcame some serious fitness issues at the start of the season and has contributed 12 goals and five assists in 10 domestic outings, showing exactly why he is the most feared player on the planet. Along with Lionel Messi, Gerard Pique and Sergi Roberto are also given a rest ahead of this clash while Nelson Semedo, Arthur and Ousmane Dembele will miss out due to injury. Barcelona Starlet Riqui Puig has been called up for this match and could make his debut on the grandest stage in club football. A lot of youngsters such as Ansu Fati, Carles Perez and Ronald Araujo are also named in the squad and could be given their chance to shine. Barcelona Goalkeeper Marc-Andre Ter Stegen Overtakes Cristiano Ronaldo, Eden Hazard, and Many Others As He Records Yet Another Assist in the Season.

The 2️⃣0️⃣ summoned for the trip to Milan! pic.twitter.com/CD2OmOf8Ij

Lionel Messi will not be adding to his goal tally against Inter but is expected to return to action in the Catalan club’s weekend clash against Real Sociedad on Saturday. The Barcelona superstar, despite missing several weeks of action due to injury at the start of the season, is now the top scorer in La Liga with 12 goals following his hat-trick against Mallorca.