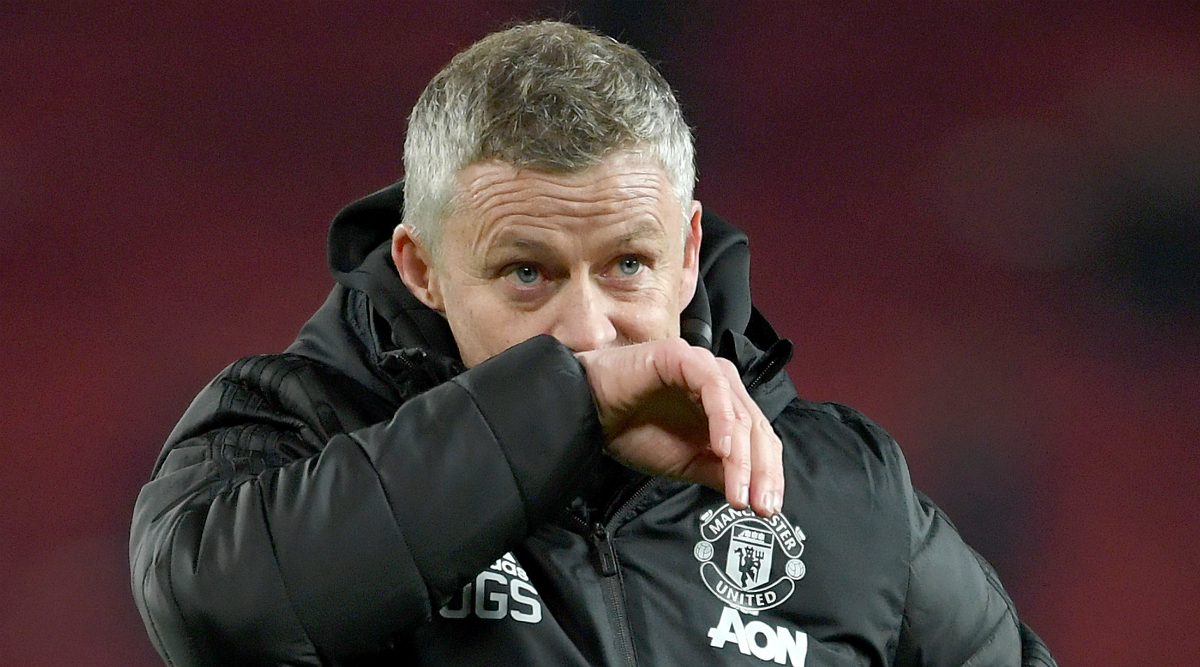 Manchester City strolled to a victory against Manchester United at the Old Trafford in the semi-finals of the Carabao Cup. The Red Devils lost the game 3-1 and this has surely not gone down well with United fans. Post this, Ole Gunnar Solskjaer was mocked brutally by Manchester City fans who were heard saying, “Ole Gunnar Solskjaer, we want you to stay.” The mocking was not limited to the ground but also social media is littered with comments where the fans want the United manager to quit. Manchester United 1-3 Man City, EFL Cup 2019-20 Semi-Final Leg 1 Result: Defending Champions Land a Foot in Final With Crushing 3-1 Win Over United in City Derby.

With the start of the year, Manchester United has already played three games and the Red Devils are yet to taste victory. The team lost to Arsenal 2-0 and then faced a goalless draw in the following game against the Wolves and then the defeat against Manchester City was a bitter pill to swallow for the fans. Needless to say that there was a lot of trolling for the Manchester United manager.

Yes you read that correctly.

The worst manager in this clubs 142 year history.

We're only getting louder dickhead.

Let's give him more time and see if it drops to a single digit.#OleOut

Quite an offensive one

Ole Gunnar Solskjaer has to be sacked and we have to hire Mauricio Pochettinho.. I want the Glazers to sell the club, get new owners. Our new owners need to fuck Ed Woodward off cos he’s got no idea what he’s doing too..

This goon is even smiling after that loss against our bitter rivals #OleOut pic.twitter.com/We0m1paGMK

People will say Ole has recruited right players & back him for few transfer windows.

Pointless to back a man who dont have a clear philosophy and proper football tactics. Freestyle football aint give you trophies. @ManUtd need a proper manager to go forward.#OleOut #MUFC

Manchester united have played 3 games already this year, no win... It's only the 8th 🤣🤣🤣

Anywae, Ole is at the wheel 💪😁

After the match, Ole Gunnar questioned the pride of Manchester United. "The first half, from their first goal, was the worst we've played, Pride is a word you speak about at half-time," said Solskjaer. In the second half, only Marcus Rashford could score a goal at the 70th minute of the game.  Manchester United will next take on Norwich City on January 11, 2020.