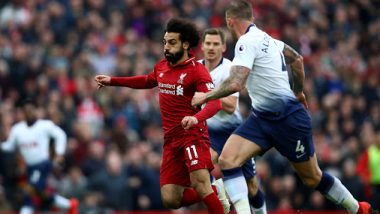 Premier League clubs have been given a go-ahead to play friendlies as the player’s look to get in shape ahead of the season restart later in the month. But some restrictions have been imposed, keeping in mind the safety of everyone involved. The top-flight English football has been suspended since mid-March due to the coronavirus pandemic but teams have resumed training in full groups as they step up their preparation. English Premier League 2019–20 Set to Restart on June 17.

According to a report from The Telegraph, which was later confirmed by Goal, EPL teams have accepted several limitations suggested by the league which includes, teams being forbidden to travel for more than 90 minutes from their home stadiums, while players will travel in their own cars with coaching staff officiating the games instead of referees.

Venues will be assessed ahead of the match while Premier League is considering allowing teams like Newcastle and Norwich, to travel further if they are based to fat away from others. It is also reported that players will only be allowed to take part in these friendlies if their COVID-19 tests have turned out to be negative.

Furthermore, it is advised that teams will make plans for parking while keeping into account that social distancing is maintained at all times and all the unnecessary congestion is eliminated. Premier League teams have been in contact with Championship sides to arrange friendlies.

Speaking of the league, Liverpool are 25 points clear of second-placed Manchester City and look well on their way to lift the first Premier League trophy in their history. While preparing for the return, Jurgen Klopp’s men all played 11v11 game in their team training this week.

(The above story first appeared on LatestLY on Jun 03, 2020 01:53 PM IST. For more news and updates on politics, world, sports, entertainment and lifestyle, log on to our website latestly.com).