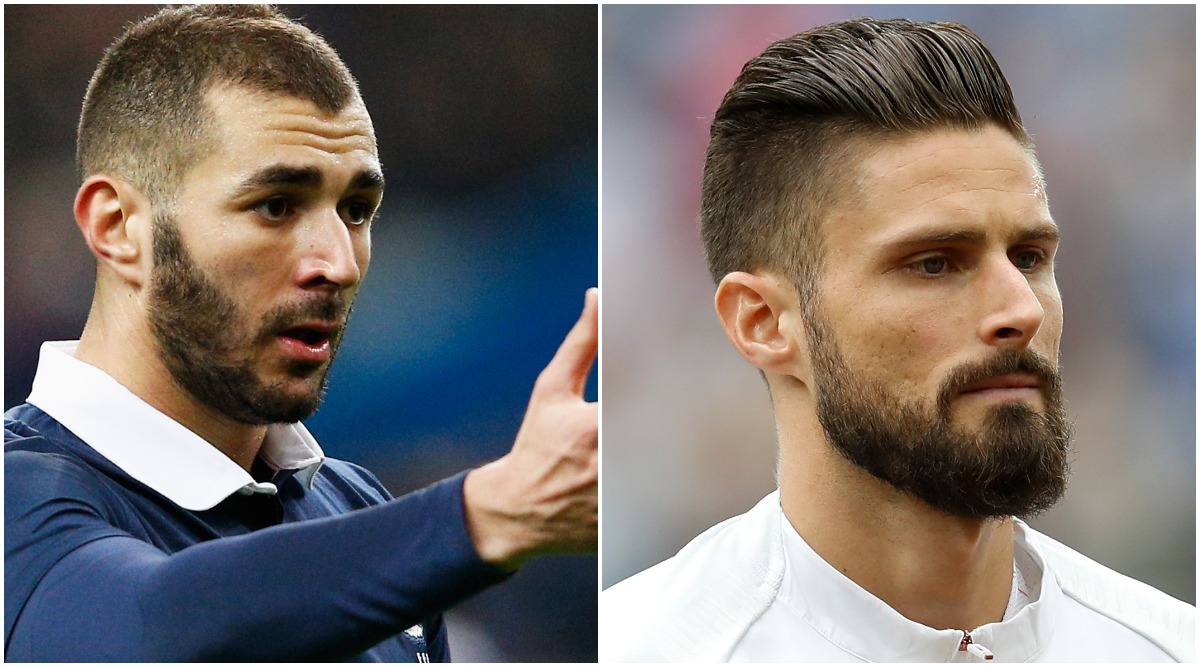 Real Madrid striker Karim Benzema had criticised France teammate Olivier Giroud as a “go-kart” while also likening himself to an “F1 car.” Benzema, 32, has not played for France since 2015 while Giroud spearheaded the side’s 2018 FIFA World Cup win an also started the most recent European Qualifying win over Albania last year. In a shocking outburst at his national teammate during his Q&A session on Instagram, Benzema mocked the Chelsea forward by saying "You can't confuse an F1 car with a go-kart and I'm being kind." The four-time Champions League winner with Real, who has been omitted from the France national squad, has in the past mentioned his willingness to change allegiance to Algeria. Harry Kane Transfer Update: England Striker Sparks Speculations With Jibe at Tottenham’s Failure to Win Trophies.

"I know I'm a Formula 1 car. He has his career, he does what he wants and scores the goals that he wants to score. He's in his corner and I'm in mine; I'm not thinking about him. If we're talking about playing style, his suits France well,” the Real Madrid striker was quoted as saying by Sky Sports. “It works because he's there, that's it. It's not going to be spectacular. FC Barcelona Seeks to Cut Players' Salaries by 70 Per Cent Due to COVID-19 Pandemic: Report.

"There are fast players like (Kylian) Mbappe and (Antoine) Griezmann who play out wide or feed off the centre-forward. When Giroud is up front, he's a handful for defences, which gives the other two plenty of space to show what they can do,” he added in the live video while talking to YouTuber Mohamed Henni. “He occupies defenders and it works. It might not be brilliant to watch and you won't say, 'Wow, that was incredible.' Does everyone like that style of play? I don't know, but it suits France well.”

Benzema had made over 500 appearances for Real Madrid and is in 11th season at the Santiago Bernabeu. But has not featured for France since 2015. Taking advantage of his absence, Giroud has gone on to become the third-highest goal-scorer in Les Bleus’ history. Benzema though has been in superior form in club football. He has already scored 19 times in 32 appearances for Real this season while Giroud, who has netted 39 goals in 97 appearances for France, has scored only twice in nine club matches for Chelsea.