FC Barcelona Seeks to Cut Players' Salaries by 70 Per Cent Due to COVID-19 Pandemic: Report 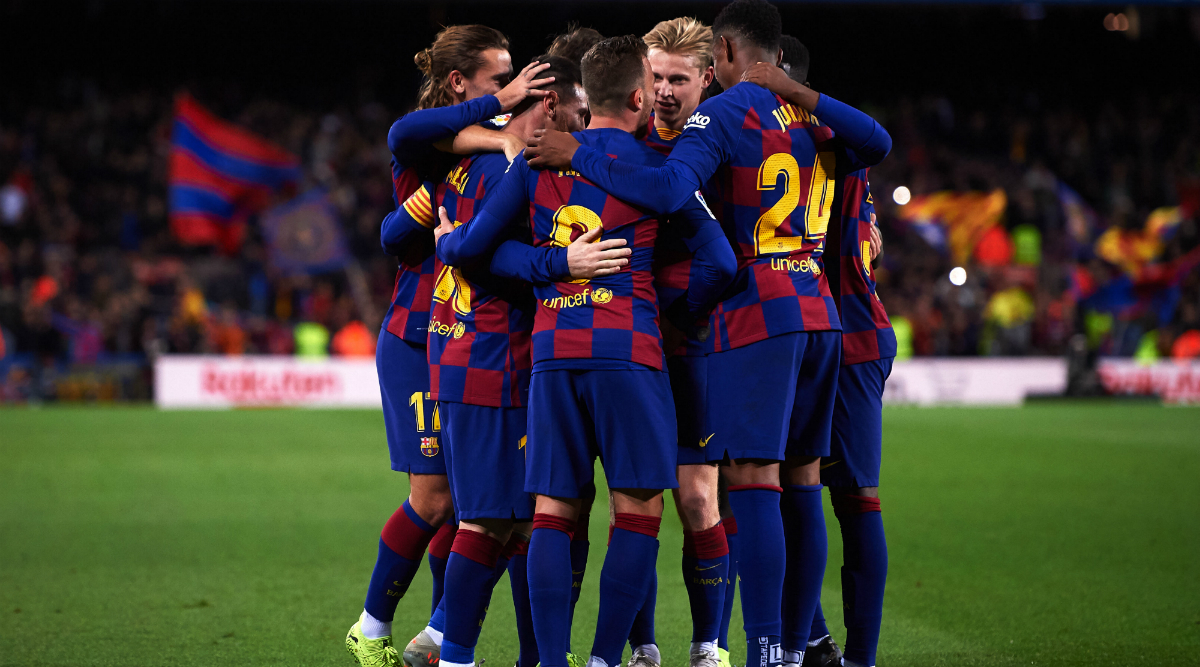 Madrid, March 30: Spanish La Liga club FC Barcelona wants the players to cut their salaries by 70 per cent until June 30 as a way of saving around 106 million euros (117 million dollars) due to the worldwide COVID-19 pandemic.

According to the Spanish Marca sport newspaper, the club will lose at least 100 million euros (110.7 million dollars). The amount is about 10 per cent of the club's budget for the 2019/20 season.

The club's board of directors is currently working to invoke the ERTE, or temporary employment measures, which will suspend the players' labor contracts, reports Xinhua news agency.

The system will be in place in the coming days and will help the club compensate any financial losses.

Barcelona had decided to join hands with the Catalonia government in the fight against the coronavirus outbreak and will provide masks so that people can wear them and stay safe from the deadly virus. The masks are set to be supplied to nursing homes so that doctors and nurses can make use of them to treat the patients.

In a statement issued by the club, it said: "The club has put itself at the service of the health authorities to help to fulfill and enforce all its instructions, recommendations and orders to combat contagion of the virus and alleviate its effects as much as possible."

Earlier, Barcelona became the first Spanish football club to officially announce a pay cut for players and club staff as the country grapples with the coronavirus pandemic. Sports in Spain has come to a standstill and Barcelona had to make the move so as to pay their support staff.

"Faced with this scenario, the Board of Directors has decided to implement a series of measures to mitigate its effects and reduce the economic effects of this crisis," said the club in its statement.