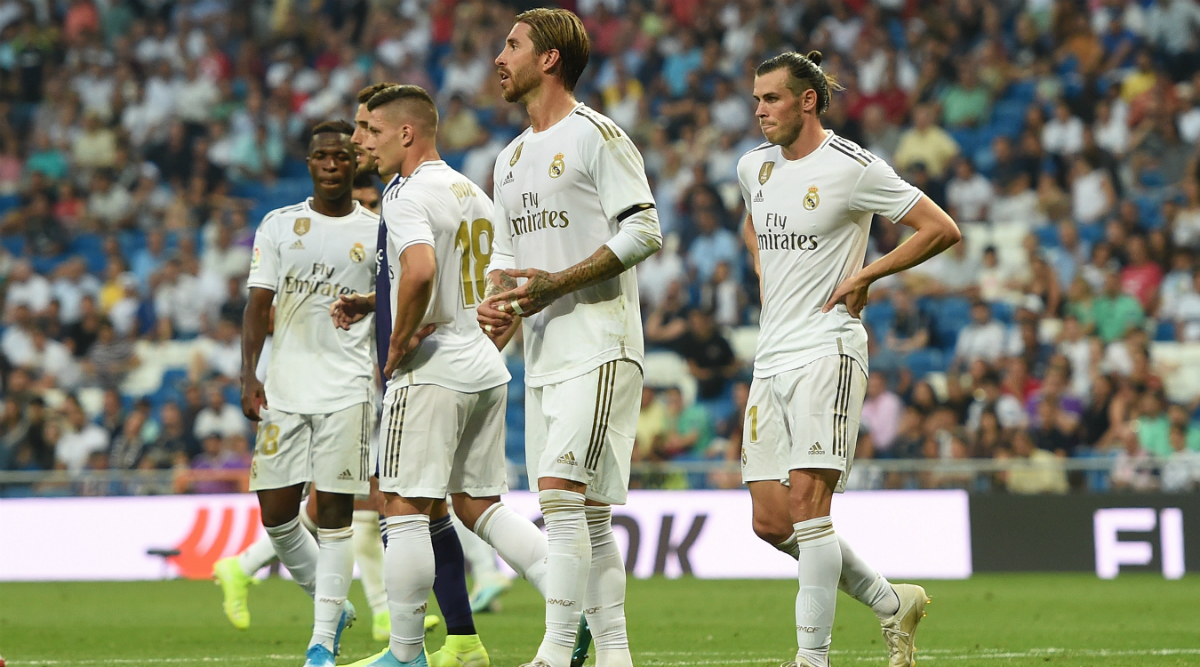 Real Madrid vs Club Brugge, UEFA Champions League Live Streaming Online and Telecast: Real Madrid have stabilized a bit since their hammering at the hands of Paris Saint Germain in their opening game of the UEFA Champions League. They next face minnows Club Brugge which gives an excellent opportunity to open their accounts in Group A. With two wins and a draw in the La Liga, Zinedine Zidane and his men will be confident of getting the job done at home. Brugge are unbeaten in all competition this season and could put up a real fight at Santiago Bernabeu. They played a drab 0-0 draw with Galatasaray in their first game which gave a little account of their attacking side. A point would be considered a win for the Belgium club tonight. If you are looking for Real Madrid vs Club Brugge live streaming and live telecast details, you will find it below.

Sergio Ramos and Nacho are available for selection, and both should straight away be part of the playing eleven. Gareth Bale has been rested and is not part of the 19 man squad for the game while a knock has forced James Rodriguez to sit out of the contest. Eden Hazard has been heavily criticized for his performances ever since making a big-money move away from Chelsea. The Belgian skipper needs a top game tonight. Vinicius Jr scored a wonderful goal in the La Liga game against Osasuna but will likely settle for a place on the bench. One player who makes a comeback in the team is Luka Modric who missed a few games due to injuries.

Club Brugge will opt for a five-man midfield to stifle their opponents, and the man who is key for them is Mats Rits in the middle of the park. He will be tasked to break Madrid’s play and also set up quick counters for his side. David Okereke and Mbaye Diagne have pace upfront which the visitors can use to good effect. The three-man defensive wall of Clinton Mata, Matej Mitrovic and Simon Deli will drop deep and try and frustrate Real Madrid.

Club Brugge have failed to score in 4 out of their last European tie, but they are hard to break down considering their defensive game. Real Madrid will score and try and make their opponents more open to creating more attacks. The hosts are firm favourites to win the tie.