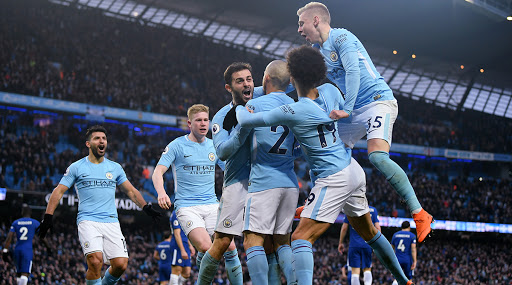 Zagreb (Croatia), December 12: Manchester City have wrapped up round-robin play in this season's Champions League by routing Dinamo Zagreb 4-1, rallying from an early deficit thanks to a Gabriel Jesus hat-trick. In other Group C action which took place on Wednesday, Serie A side Atalanta booked their first-ever berth in the knockout stages of Europe's premier annual club competition thanks to their 3-0 victory over Shakhtar Donetsk and Dinamo's defeat, reports Efe news. Man City had already clinched their spot in the tournament's round of 16 and started the game with several players that are not regular starters, including defender Eric Garcia, goalie Claudio Bravo and midfielder Phil Foden. In near-freezing conditions at Stadion Maksimir in Zagreb, City came out sluggishly and paid the price in the 10th minute when defensive lapse by midfielder Ilkay Gundogan allowed Dinamo's Damian Kadzior to send a perfectly placed cross into the area. UEFA Champions League 2019–20 Result: Jadon Sancho, Marco Reus Goals Help Dortmund Beat Slavia Praha 2–1 and Secure Last 16 Berth.

The pass found 21-year-old Spanish midfielder Dani Olmo, who fired a superb right-footed volley inside the near post past Bravo. The goal briefly put Dinamo on course for a potential knockout stage berth, although the Croatian squad still had the tall order of holding Pep Guardiola's men in check for more than 80 minutes. With the lead in hand, the hosts immediately became more defensive-minded and allowed the Manchester club to control the action. Although the Citizens' first shot on goal did not come until the 18th minute, Gabriel Jesus scored three times over a 20-minute stretch spanning the end of the first half and the start of the second. The Brazilian's first goal came on a controversial play in the 34th minute. With an injured Dinamo player lying on the turf, Jesus rose up athletically amid a pair of defenders and headed home a cross by Riyad Mahrez. Ansu Fati Becomes Youngest Goal-Scorer in Champions League History During Inter Milan vs Barcelona Clash.

The forward then put the game out of reach with two goals early in the second half, the first on a stylish play in the 50th minute in which he played a give-and-go with Foden before outmaneuvering a defender and then scoring past Dinamo netminder Dominik Livakovic. Jesus' memorable night continued with a goal four minutes later off a cross from left-back Benjamin Mendy, while Foden piled on for Manchester City with one final score in the 84th minute off a pass from Bernardo Silva. For Dinamo (five points), a night that began on a high note ended with the club not only losing in a rout and being eliminated from the Champions League but also failing to book a berth in the Round of 32 of the Europa League, Europe's second-tier club competition. That spot will instead go to Shakhtar (six points), who started the day in second place behind Manchester City but fell to third after their 0-3 home loss to Atalanta.

The Italian club went up 1-0 on a goal by Timothy Castagne in the 66th minute and then doubled their lead on a goal by Mario Pasalic in the 80th minute, shortly after Shakhtar right back Dodo had been sent off for a straight red card. With Shakhtar desperately trying to rally despite being a man down, Robin Gosens then made the score 3-0 when he took advantage of a defensive blunder to score a goal in second-half stoppage time. Atalanta became the first club to qualify for the Champions League knockout stage after losing their first three round-robin matches, finishing Group C with a record of 2-1-3 (seven points). Manchester City, who are far behind Liverpool in the Premier League and maybe starting to see the Champions League as a better bet for a big title in 2019-2020, won the group with 14 points.