UEFA Euro 2020 Winner Predictions: 3 Teams Who Are Favourites to Win the European Championship

There is a good amount of teams that will fancy themselves to go all the way but we all know, it is not often everyone is able to hold the nerves. Ahead of the month long Euro 2020, we take a look at the three teams who have the best chance of winning the Cup. 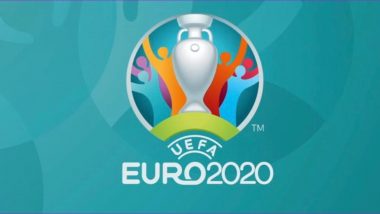 The European Championships is always a keenly contested tournaments that has sprung up a few surprise winners in the past. With the likes of Denmark in 1992, Greece in 2004 and even Portugal in 2016 claiming the Cup, it is often not the most fancied team that ends up winning. The Euro 2020 will feature 24 teams, only the second time in the history of the competition that these many teams will battle it out. There is a good amount of teams that will fancy themselves to go all the way but we all know, it is not often everyone is able to hold the nerves. Ahead of the month long tournament, we take a look at the three teams who have the best chance of winning the Cup. Euro 2020: Cristiano Ronaldo, Marcus Rashford And Other Biggies to Watch Out for in UEFA European Football Championship.

France – The 2018 World Cup winner have arguably the best squad on paper with the likes of Paul Pogba, Kylian Mbappe, N’Golo Kante and Antoine Griezmann all featuring. Karim Benzema has made a return to the national team after a brilliant season with Real Madrid and there is a sense of stability about them with coach Didier Deschamps around for some time. France have two world class talent for every position and they will dominate teams at the mega event.

England – Gareth Southgate’s England reached the semis in the 2018 World Cup but did not replicate that form in the Nation’s League. They have some real swashbuckling young talent in Phil Foden, Marcus Rashford and Declan Rice, who can be world class on their day. Harry Kane is an excellent marksman and certainly one of the best forwards in the competition. The only worry for England is that will they be able to keep their composure in the business end of the competition. Euro 2020: From Cristiano Ronaldo to Luka Modric, 5 Players Who Could be Making Last Appearance at UEFA European Football Championship.

Portugal – The defending champions are in a group of death alongside Germany and France and if they are able to manage a way out, they have the arsenal to replicate their success. Portugal have built their squad around the likes of Bruno Fernandes, Joao Felix and Bernardo Silva with the evergreen Cristiano Ronaldo the x factor.

All eyes will be on these three teams as they set about in conquest of Euro glory. There are plenty of good teams like Italy, Belgium and Germany as well so it is not going to be an easy run for any nation.

(The above story first appeared on LatestLY on May 28, 2021 05:20 PM IST. For more news and updates on politics, world, sports, entertainment and lifestyle, log on to our website latestly.com).