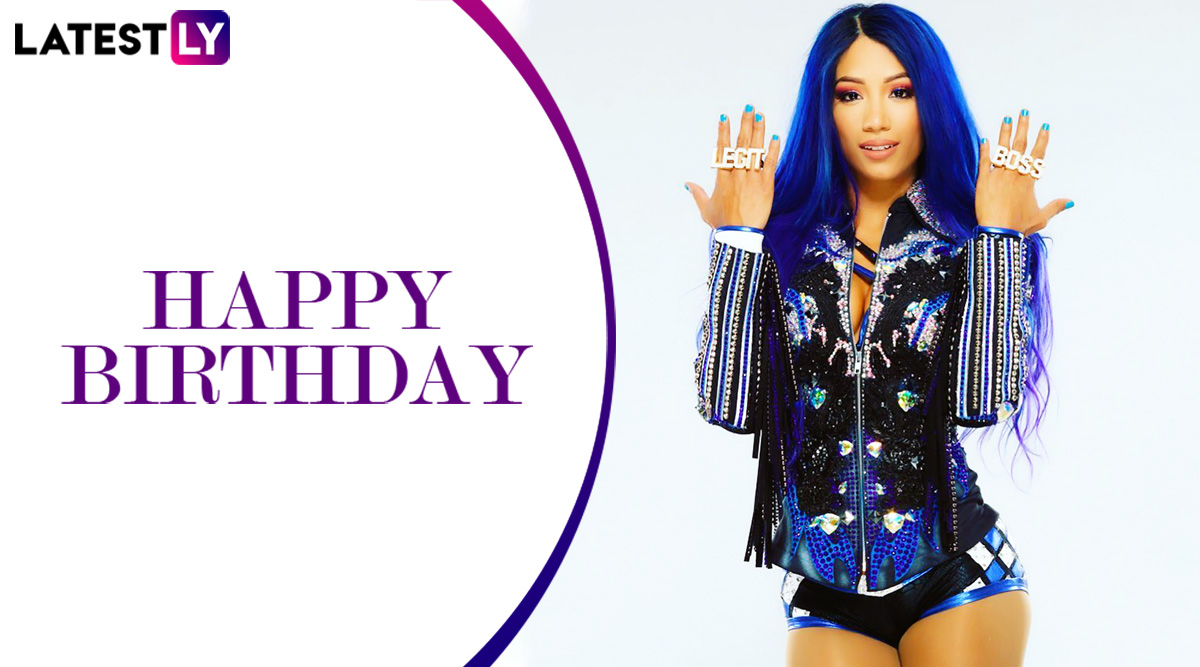 Sasha Banks turns 28 on January 26, 2020. She is currently one of the topmost female wrestlers in World Wrestling Entertainment (WWE). Sasha Banks is famously known by the sobriquet The Boss. Her die-hard fans would know that the real name of Sasha Banks is Mercedes Justine Kaestner Varnado. She is of African American and European descent. On occasion of Sasha Banks birthday, let us have a look at some of the fine matches of The Boss in WWE. From Brock Lesnar to Roman Reigns, Here’s List of Confirmed Participants For WWE Royal Rumble Match, 2020; Also Find Other Match Card Details.

Sasha Banks and Bayley might be portrayed as BFFs in WWE, but a few years ago they had a huge feud in NXT. Sasha faced Bayley in the first ever 30 mins Iron Woman Match at NXT TakeOver: Respect event in the year 2015. The Boss might have ended on the losing side, but it indeed put her in the limelight. This match took place on October 7, 2015, and it was voted match of the year by Pro Wrestling Illustrated (PWI). The same year Sasha Banks was also voted as the Women of the Year.

Sasha Banks became the Raw Women's Champion for the third time in her career by defeating Charlotte Flair in a "Falls Count Anywhere" match. The match was regarded as quite brutal as there were even heated verbal conversation between The Boss and The Queen.

Sasha Banks put up a good show against then Raw Women's Champion Ronda Rousey in a one-on-one match at WWE Royal Rumble 2019. Ronda too acknowledged Sasha Banks was her ideal opponent and the best she has faced so far amongst all four NXT Horsewomen. The Baddest Woman on the Planet herself appreciated Sasha Banks effort in that match and showed respect towards her, which was indeed a beautiful sight in the history of wrestling.

Sasha Banks will be seen in action at Women's Royal Rumble Match on January 26, 2020. Therefore, The Boss will be busy with her match preparation and will perhaps look forward to making her birthday the most memorable one by winning the Royal Rumble match. We wish Sasha Banks a very Happy Birthday.