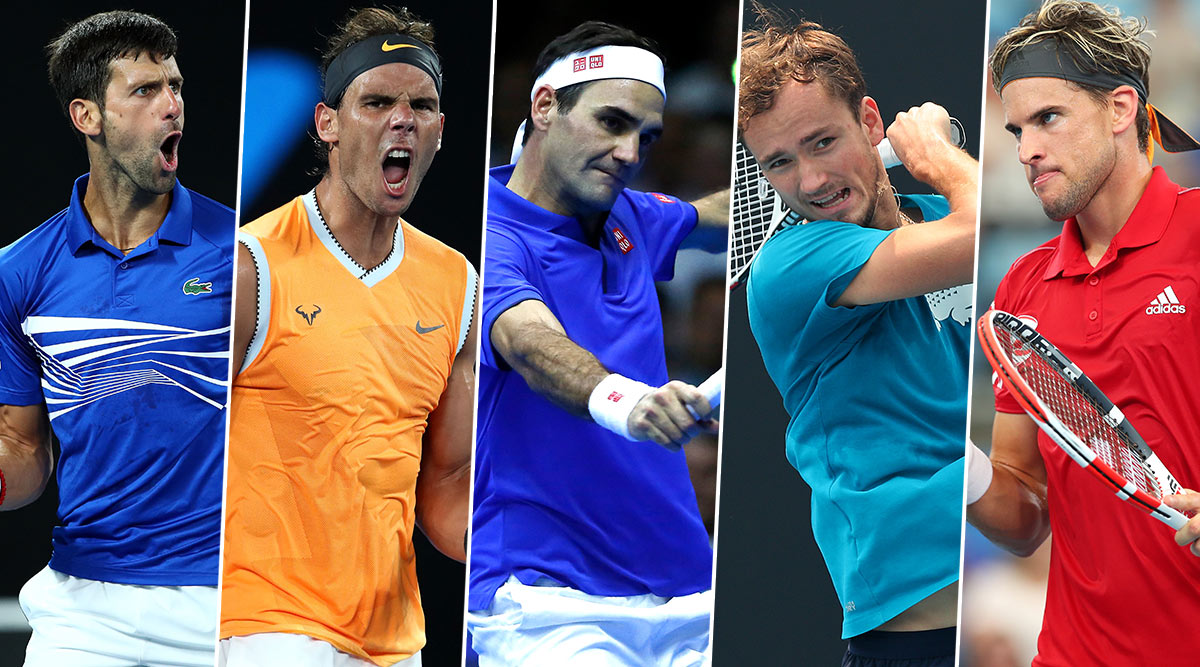 Australian Open 2020 is all set to begin from January 20 and all eyes will be on the Men's Singles category that has produced near unbelievable tennis over the last decade. The years from 2010-2019 saw Novak Djokovic, Rafael Nadal and Roger Federer dominate the Men's Singles section both in Grand Slams as well as the ATP tournament and the Australian Open has been no exception to the domination of 'The Big Three'. Australian Open 2020 Women's Singles: Ashleigh Barty, Karolina Pliskova, Naomi Osaka, Simona Halep And Serena Williams, 5 Players to Watch Out For in Tennis' First Grand Slam of The Year.

Novak Djokovic has been particularly dominant in the Australian Open and won the trophy at the Rod Laver Arena six times in the last nine years. Add to this the 2008 Australian Open and Djokovic holds the record for most number of wins at the Melbourne Park. However, this time there are a number of young players who can challenge the supremacy of Djokovic, Nadal and Federer. The likes of Daniil Medvedev, Dominic Thiem, Tsitsipas Stephanos and Alexander Zverev have the game it takes to fancy a chance at beating the trio at the year's first grand slam. Australian Open 2020 Live Streaming & Match Time in IST: How to Watch Free Live Telecast of Tennis Grand Slam on Star Sports TV Channel and Hotstar Online in India. 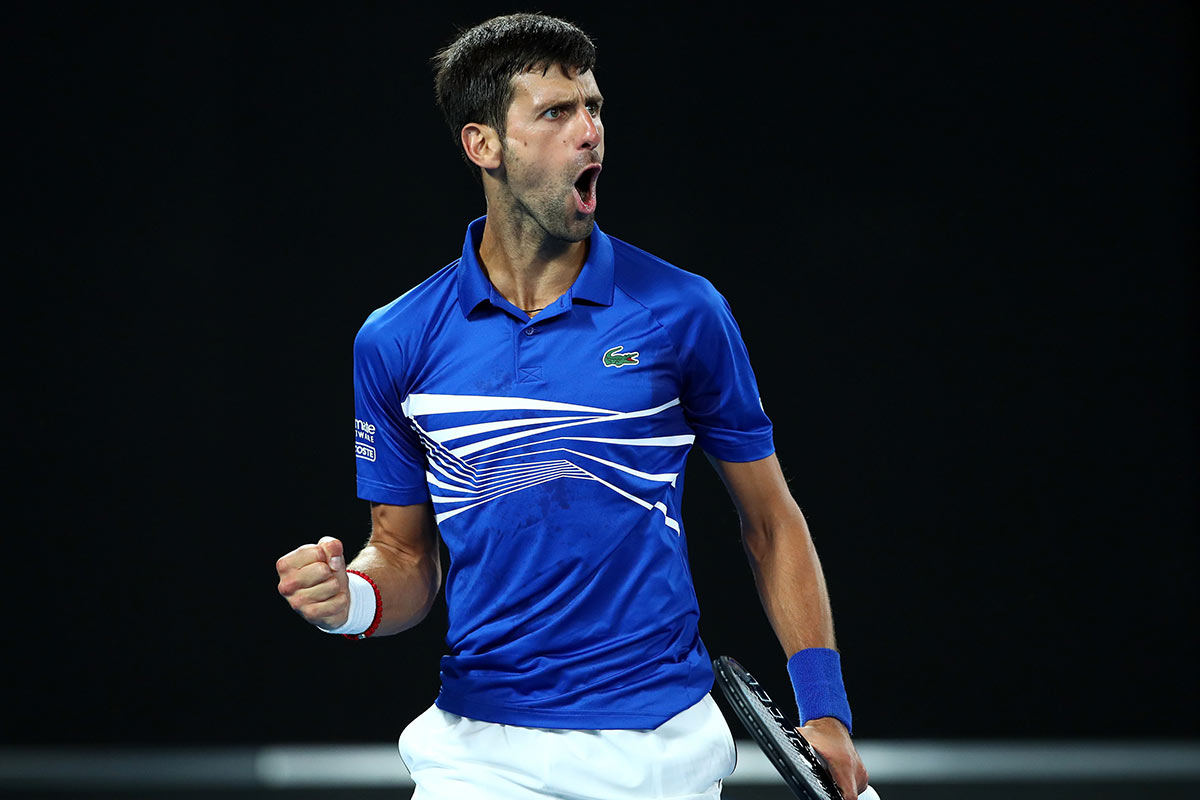 One lesson that the tennis world and fans have learnt in the past decade (2010-2019) is never to take Novak Djokovic lightly on hard courts. Be it the longest final played at the 2012 Australian Open or the utter dominance over Nadal in the 2019 final at the Rod Laver Arena, the Serbian great has time and again proved his greatness on the hard court. And if his recent form at the inaugural ATP Cup is anything to go by, there's no stopping Djokovic from lifting the unprecedented 8th trophy at the Australian Open. 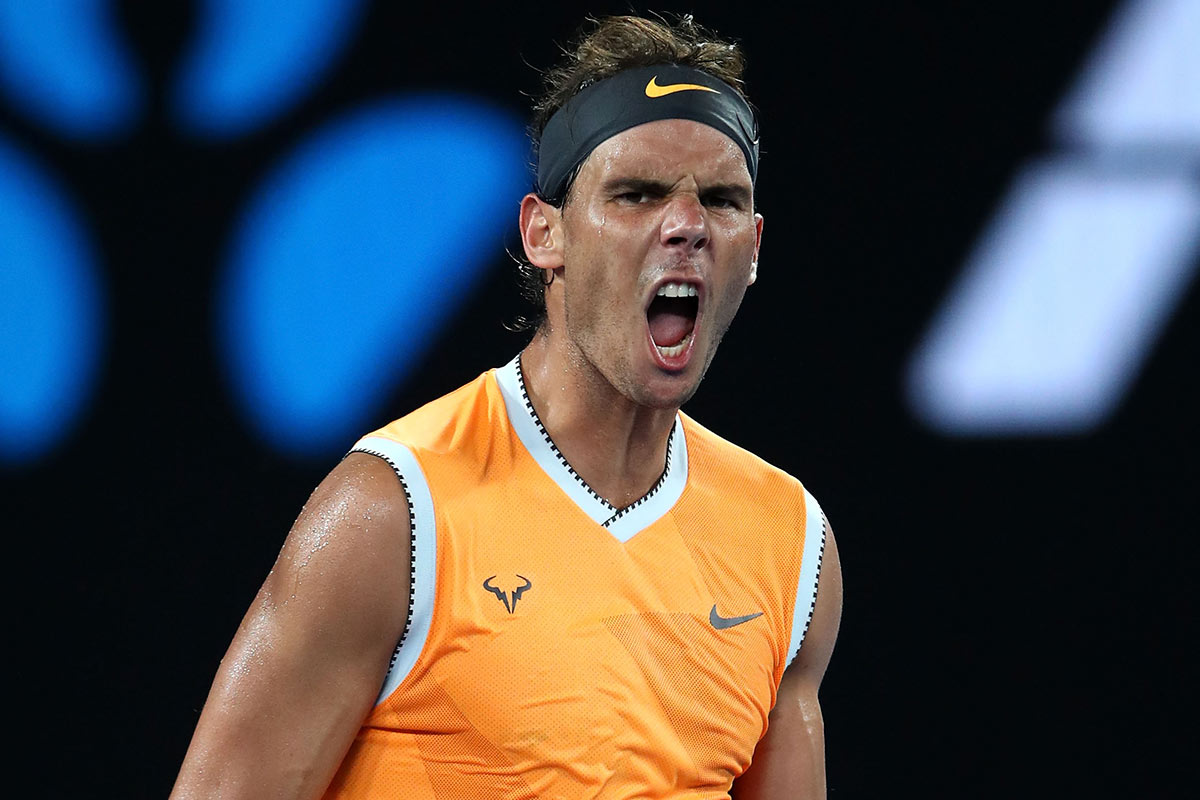 The 19-time Grand Slam winner is only one Grand Slam shy of matching Roger Federer's record tally of 20 Grand Slams. However, that will be the last thing on the mind of the Spaniard, who admitted that he needs to do 'something' about his six year losing streak on hard courts against the Serbian. Will Australian Open 2020 be the place where he can find that answer? We will wait and watch. 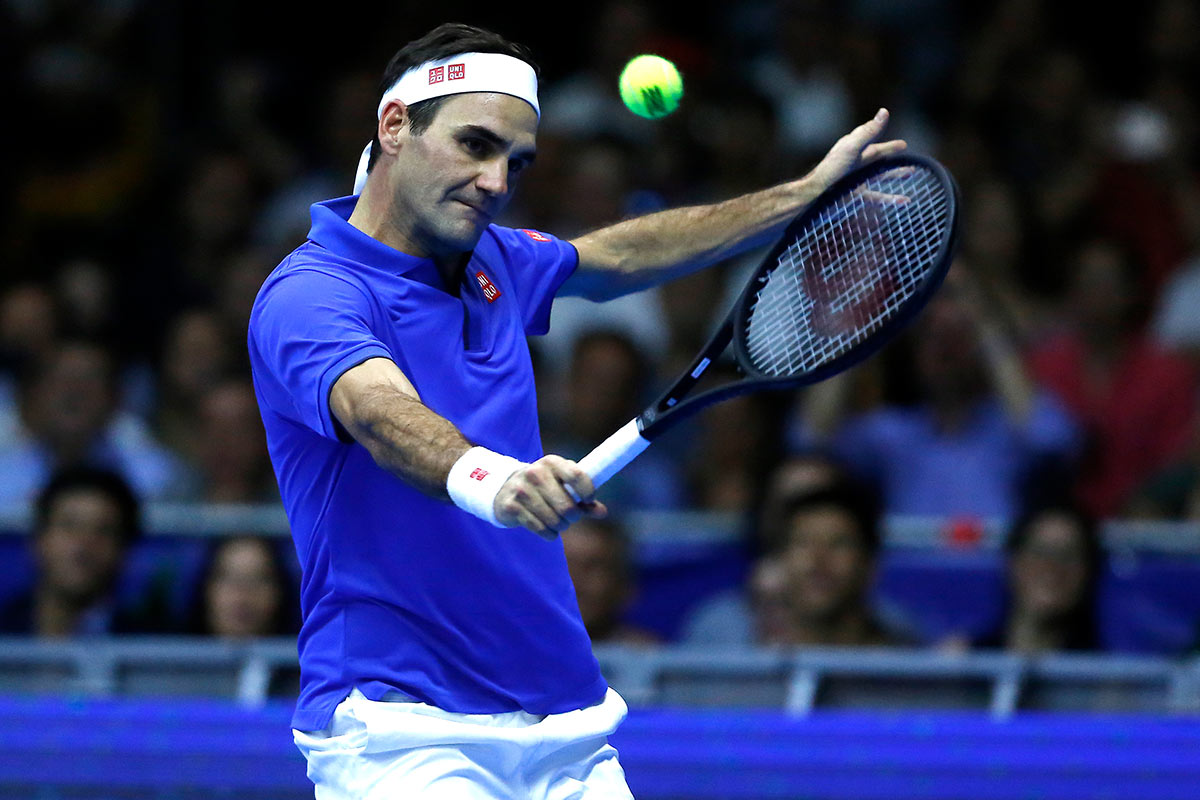 Age may not be on Roger Federer's side, but the Swiss great is ageless. The 20-time Grand Slam winning champion and six-time Australian title holder showed in 2017 and 2018 why he can't be written-off on the hard courts. The 38-year-old hasn't won a grand slam since winning at the Melbourne park in 2018, but the 2019 Wimbledon final against Djokovic proved that he still has the game to give the best a run for their money. And when he's playing at his best, there's nobody better. 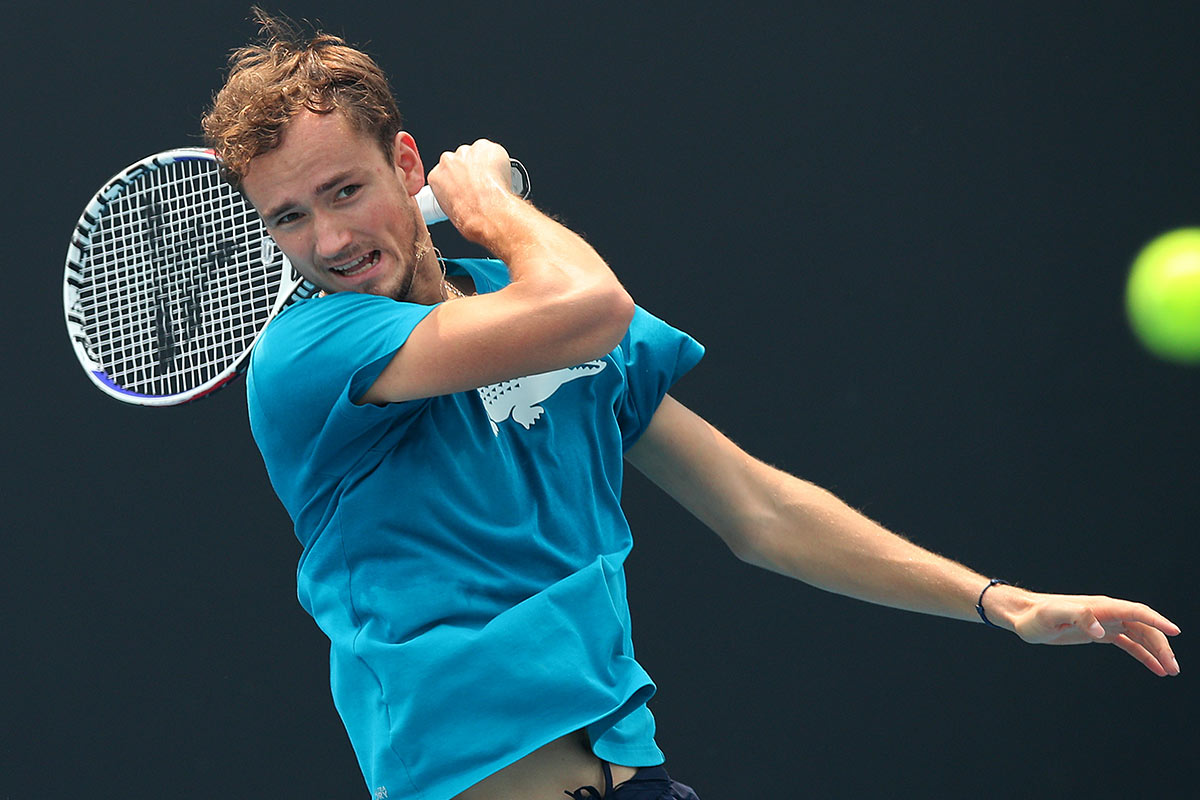 Daniil Medvedev has beaten Novak Djokovic on the hard court and played an epic five-setter at the US Open in 2019, which means a lot. The 23-year-old tennis player has it in him to take on the big guns and had a fantastic year as far as the ATP tournaments are concerned. But experts believe it is his chance to win at the big stage- the Grand Slams now. Will the Russian prove good on his promise? He just might. 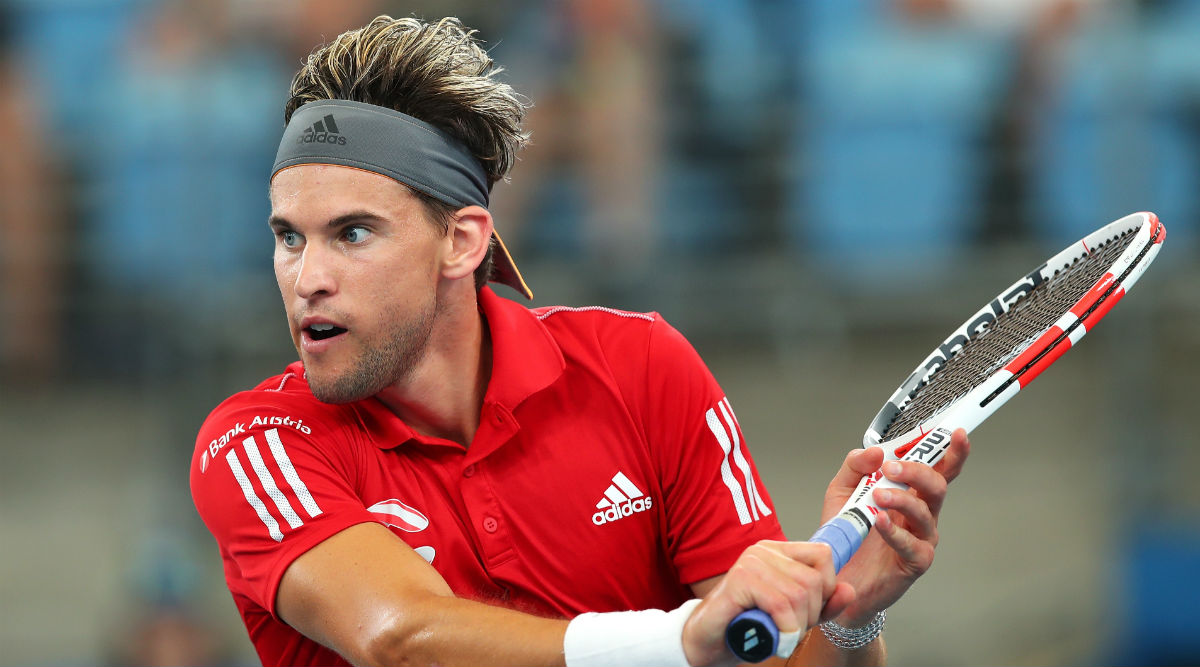 The Austrian player is another youngster who is knocking hard on the doors to find a room in the exclusive space owned by Djokovic, Nadal and Federer. He tried hard at the French Open and took a set away from Nadal in the 2019 final at Roland Garros, but the Spaniard, not the one to be denied, went on to claim his 12th French Open title. However, Thiem has it in him to win big and many believe it could be him from the 'GenNext' and likes of Alexander Zverev and Stefanos Tsitsipas who can challenge the hegemony of the big three.