The recent data leak of at least 26 lakh Airtel users from Jammu and Kashmir was the handiwork of state-sponsored Pakistan-based hackers, who kept creating new accounts to put data on the web and somehow tried to sell them for $3500 in Bitcoin. 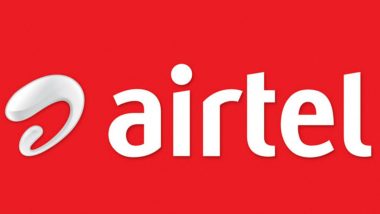 New Delhi: The recent data leak of at least 26 lakh Airtel users from Jammu and Kashmir was the handiwork of state-sponsored Pakistan-based hackers, who kept creating new accounts to put data on the web and somehow tried to sell them for $3500 in Bitcoin, fresh details emerged on Thursday. In 2018, the cyber cell of Delhi Police had identified a Pakistan-based hacker group that defaced and hacked the Indian government websites. The hacking group was later identified as 'TeamLeets' working at the behest of Pakistan's spy agency Inter-Services Intelligence (ISI). Data of Airtel Users Including Addresses, Aadhaar Numbers Leaked, Being Sold in Bitcoin, Claims Cyber Security Expert.

The same hacking group is now behind the Airtel data leak, that initially dumped the data via a domain on the internet and threatened to leak more Airtel data via a new Twitter handle that goes by the name of 'Red Rabbit Teams'. The new Twitter account, however, has been restricted by the micro-blogging site for "unusual activity".

TeamLeets then created another Twitter handle that goes by the name of 'PANAMA-iii (Scandal and Mega Database)', which tweeted fresh links to another subset of data from the original sample of 26 lakh J&K users, which may belong to the people from the Indian Army. This particular account was also deleted later.

"TeamLeets, which is a Pakistan-based hacking group, is behind the Airtel data leak," independent cyber security researcher Rajshekhar Rajaharia told IANS when contacted. "This group been in touch with our security team for over 15 months now and has made varying claims in addition to posting inaccurate data from one specific region," the spokesperson told IANS.

An Airtel spokesperson said that "there is no hack or breach of any Airtel system as claimed by this group". The hacking group first dumped the data on a domain in December last year, which was removed.

"Multiple stakeholders outside of Airtel have access to some data as per regulatory requirements. We have apprised all the relevant authorities of the matter to, therefore, investigate this and take appropriate action," the company spokesperson added.

"TeamLeets then created a couple of Twitter accounts to further push its agenda. It is possible that Red Rabbit Teams and 'TeamLeets' are two sides of the same coin or are working together," Rajaharia informed.

(The above story first appeared on LatestLY on Feb 05, 2021 10:13 AM IST. For more news and updates on politics, world, sports, entertainment and lifestyle, log on to our website latestly.com).