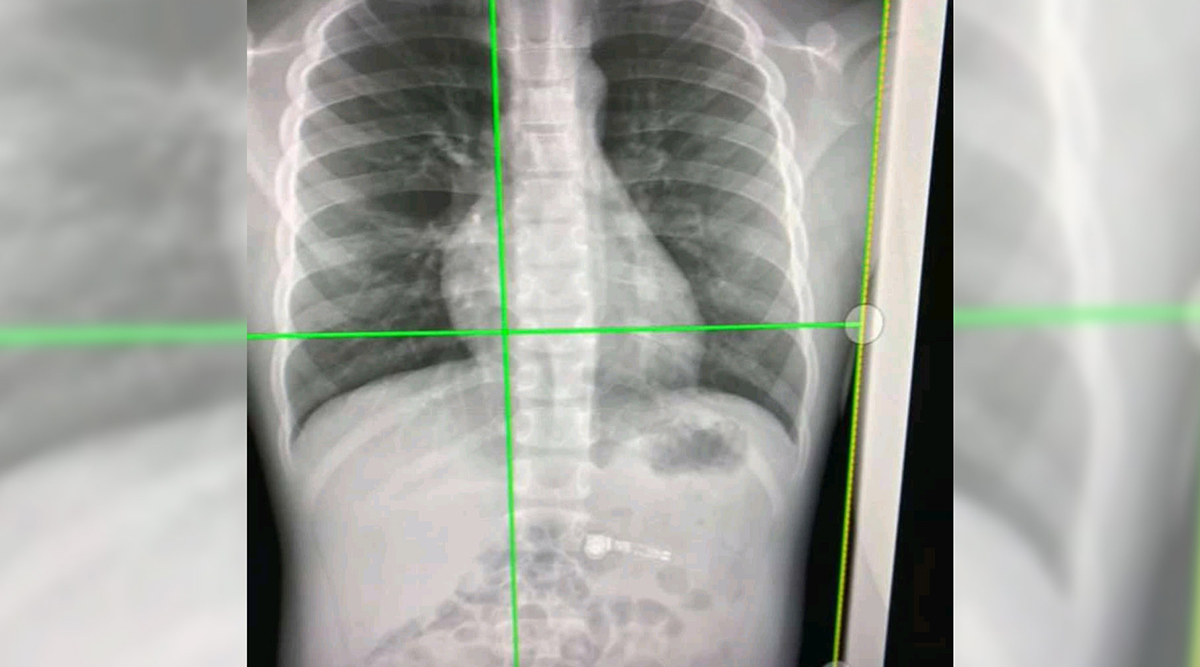 San Francisco, Jan 3: In a bizarre incident, a Christmas gift landed a seven-year-old boy in the hospital in the US after he accidentally swallowed an Apple AirPod. An X-ray image taken at Children's Healthcare of Atlanta, Georgia displayed the device resting peacefully inside the boy's stomach, reports WSB-TV. Doctors told Kiara Stroud, the boy's mother, they will not attempt any procedure as the gadget will pass through on its own after a few days. Apple AirPods Pro With Noise Cancellation Might Be Launched This Month: Report

X-rays showed the wireless headphone was still intact inside the body. There are no reports that the boy suffered an injury or illness after swallowing the AirPod. The boy is home, and doing fine now. "Today, we didn't yell at him, didn't curse, didn't ask why, didn't tell him he was too old, didn't shame him, and didn't make the situation worse. He already felt bad. He was scared and nervous. Apple AirPods Pro With Active Noise Cancellation Feature Hailed By Sachin Tendulkar, Anil Kapoor & Other Celebs (View Instagram Pics)

"We let him know that everything was going to be okay, stayed calm, and it helped him to relax so that the doctors could do their jobs," Stroud posted on Facebook. Thanks for all of the prayers," she added. This is not the first time someone has swallowed an AirPod. According to Fox News, a Taiwanese man accidentally swallowed an AirPod last year.