A total of 19 companies have filed applications under the production linked incentive (PLI) scheme for IT hardware, including Dell, Rising Stars Hi-Tech (Foxconn), and Lava. 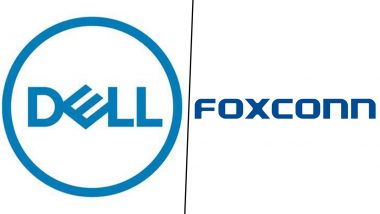 New Delhi: A total of 19 companies have filed applications under the production linked incentive (PLI) scheme for IT hardware, including Dell, Rising Stars Hi-Tech (Foxconn), and Lava. The other electronics hardware manufacturing companies that have applied under category are ICT (Wistron) and Flextronics, said an official statement. Samsung Pledges USD 5 Million, Paytm To Set Up Oxygen Plants To Support India’s Battle Against COVID-19.

These companies are expected to expand their manufacturing operations in a significant manner and grow into national champion companies in IT hardware production, said an IT Ministry statement.

The PLI scheme for IT hardware was notified on March 3 this year. The scheme extends an incentive of 4 per cent to 2 per cent/1 per cent on net incremental sales (over base year of FY 2019-20) of goods under target segments that are manufactured in India to eligible companies, for a period of four years (FY 2021-22 to FY 2024-25). Union Electronics and IT Minister Ravi Shankar Prasad said that the PLI scheme for IT Hardware has been huge success in terms of the applications received from global as well as domestic companies engaged in manufacturing electronics hardware products.

"We are optimistic and looking forward to building a strong ecosystem across the value chain and integrating with the global value chains, thereby strengthening electronics manufacturing ecosystem in the country," he said.

India Cellular & Electronics Association (ICEA) Chairman Pankaj Mohindroo said: " This is a testimonial to India's capacity to become the manufacturing hub for IT hardware. The world is looking at India as a destination to manufacture and participation in the scheme by the global companies are a resounding vote of confidence to the current government's policies." ICEA is also delighted to see the emergence of the Indian champions a big step towards "Atmanirbhar Bharat", he added.

(The above story first appeared on LatestLY on May 05, 2021 09:40 AM IST. For more news and updates on politics, world, sports, entertainment and lifestyle, log on to our website latestly.com).