Cybersecurity experts are extremely important in the present generation because of the increase in services provided online and digitally and the need for certain protective ways that most organizations and companies look for. 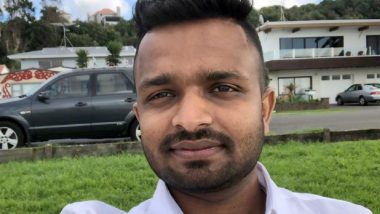 Cybersecurity experts are extremely important in the present generation because of the increase in services provided online and digitally and the need for certain protective ways that most organizations and companies look for. The individuals who work as independent cybersecurity experts have a lot of value because they do not usually work under certain terms and conditions. They are their boss, and their experience is very strong working with small business organizations to well-known institutions. Most importantly, they are very well educated and trained in many different topics that most specialists are sometimes unaware of.

Hailing from Gujarat is Mukundsinh Solanki, one of the most influential and educated people to be ever involved in the security industry. He completed his basic education from his hometown and graduated with a B.Tech from Gujarat technological University, apart from doing a bachelor of science in mechanical engineering. The computer science subjects always attracted him, and he was deeply invested since the age of 17; one might consider that to be very young, but it was absolutely mind-blowing for him. He wondered how he could expand in this field, and this made him search for more opportunities in the future.

Opportunities seldom come to people who do not work on their skills; Mukundsinh Solanki knew he had to do something to keep himself updated with the present world scenario of the cybersecurity background. In order to gain some advanced knowledge, he decided to get some international education from Auckland, New Zealand. Here he has the 7th level in mechanical MIT. SafeHack Me came into existence as soon as he realized he was ready for his very own establishment.

The realization that being an expert comes with its own benefits had hit Mukundsinh Solanki, and now he was working hard towards contributing to SafeHack Me, working together efficiently with a friend. SafeHack Me mostly targeted companies and industries that focus on cybersecurity issues and guarantee them complete compliance with privacy policies. Frankly speaking, SafeHack Me has become quite popular, and now they have been noted with over 30 different corporations; this is wonderful progress.

Mukundsinh Solanki had always wanted to expand. Furthermore, and with the help of SafeHack Me, he was capable of doing exactly that. He is not just improving himself; he is also enhancing SafeHack Me with his exceptional qualities. With the constant support of their loyal clients, they were able to build up some goodwill, which would be helpful for them in the future. Let’s not forget that he is currently active on HackerOne and BugCowd too. These help him a lot in improving his skills.

Presently, all the security and privacy policy freaks know that SafeHack Me is the right option for them.