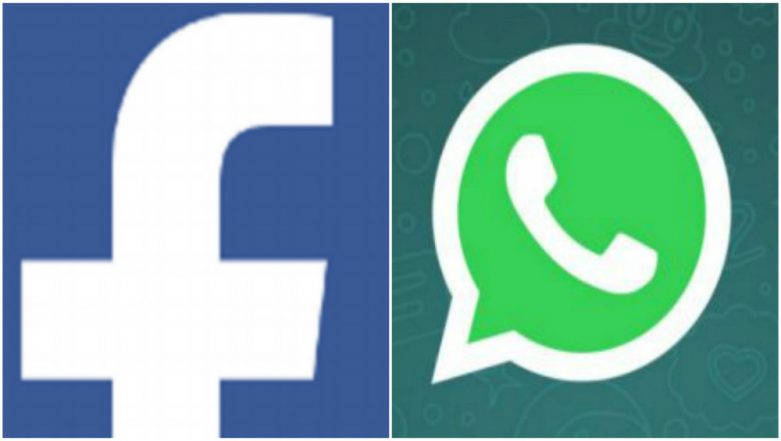 New Delhi, April 4: Barely a week away from when the world's largest democracy goes to polls, the fake news factories on Facebook and its owned WhatsApp have become active like never before as the social media giant scramble for solutions which are few and far between.

The game on Facebook is different from other social media platforms as Pages, Groups and accounts have been renamed to push the election agenda as per the demand coming from the political quarters. WhatsApp, Twitter Blocked in India Till May 19 To Curb Fake News, Hate Messages Ahead of Lok Sabha Elections 2019.

According to social media experts, renaming the Facebook Pages or Groups to promote political campaigns and influence voters have become common and the Artificial Intelligence (AI)-driven algorithms are not sufficient to handle such a huge volume in a country where Facebook has over 30 crore users and WhatsApp another 30 crore monthly.

"There are over 200 Facebook Groups and Pages with more than one lakh followers which are currently influencing the group members and followers with biased political content," leading social media expert Anoop Mishra told IANS.

There are several such examples where people who joined Facebook renamed their Pages, Groups and accounts later, only to use it for spreading their political agenda.

Despite Facebook's efforts, such misinformation is thriving and is only going to reach mammoth levels as the first phase of voting begins from April 11.

"For the social media players, India is a huge market and they want to grow... On the other hand, they have consistently failed to stop the spread of fake news and propaganda on their platforms," Pavan Duggal, the nation's leading cyber law expert, told IANS.

The pressure on social media platforms is enormous with the Indian government now formulating new IT guidelines where they have to remove within 24 hours any unlawful content that can affect the "sovereignty and integrity of India".

Facebook-owned WhatsApp is another fake news factory where more than 87,000 groups are targeting millions with political messaging.

The failure to stem fake news is evident from the recent statements from CEO mark Zuckerberg. In an interview with RTE News on Tuesday, he said Facebook cannot yet guarantee that it can stop foreign actors that are trying to interfere in the upcoming European Parliament elections in May.

Facebook first came under the scanner of policymakers around the world after allegations of Russian interference in the 2016 US presidential elections surfaced.

In India, Facebook has hit on several fake Pages and accounts linked to Congress as well as the BJP but the task at hand is humongous.

On the social media platform, "some of the Pages and Groups with massive followings are directly in touch with the IT cells of the political parties", claimed Mishra.

The purpose, he added, is to connect and influence the voters with their half-baked and misleading content.