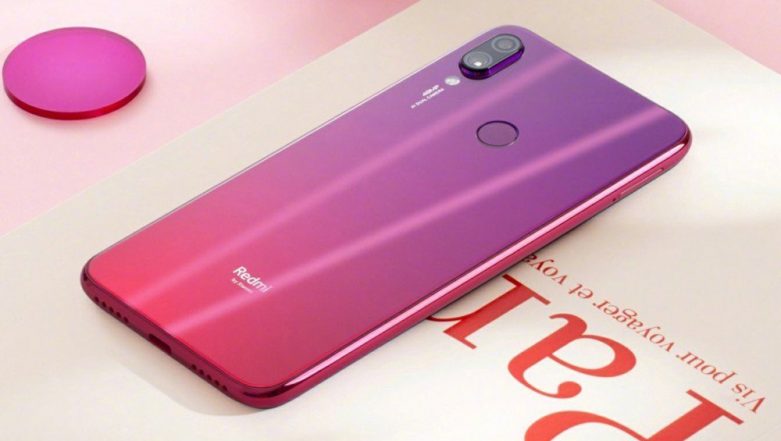 After splitting from Xiaomi, Redmi is rumoured to launch its first smartphone in the Chinese market tomorrow. According to the Tweet from Ishan Agarwal - a reliable tipster, the new smartphone from Redmi will be launched on January 10 at an event in Beijing, China. As the company has not officially revealed the name of the device, there has been several rumours regarding the name of the device. Several rumours hint that the device could be called as Redmi Pro 2 or Redmi 7 Pro or Redmi 7. More details are expected to be revealed tomorrow according to the tipster. Xiaomi Officially Announces To Make Redmi An Independent Brand - Report.

The tipster claimed that he is not sure that if the company will be launching more devices alongside Redmi Note 7. If the smartphone maker is indeed launching the device, the recently spotted models - M1901F7T, M1901F7C and M1901F7E on TENAA authority could be network variants.

EXCLUSIVE! There are rumours that Redmi (by Xiaomi) may launch Redmi 7 or Redmi Note7 but I can confirm that they are indeed launching Redmi Note7/ Note 7 on 10th January! I do not have confirmation about any other phone but will update as soon as I get any info!

Going by the TENNA listing, the smartphone will sport a 6.3-inch display with FHD+ resolution and a waterdrop notch. To be packed with a 4,000mAh battery, the new forthcoming Redmi handset was could be powered by Qualcomm Snapdragon 660 chipset with 6GB of RAM. The main underline of the smartphone will be a rear mounted 48MP primary dual camera module. The new handset will be offered in 3 exciting colour options - Black, Violet-Blue and Purple-Red.

On the other hand, Redmi 7 could feature a smaller 5.84-inch display screen with 4000 mAh battery, gradient options and much more. As far as the prices are concerned, the company will be eyeing to keep the price competitive as the fact the Redmi brand is known for value for money products. It is speculated that Redmi and Redmi Note handsets could be priced around 599 Yuan and 1,699 Yuan respectively. Moreover, Redmi Note 7 is rumored to be launched with a price tag of 2,999 Yuan.