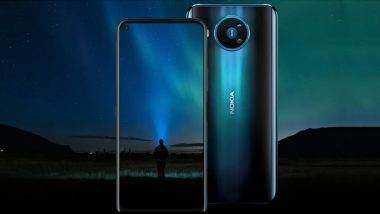 Nokia introduced its first 5G smartphone - Nokia 8.3 during an online event in March. Though the company revealed its features and pricing, it did not specify the official launch date or its availability. Now, the smartphone maker is looking to announce the same. The company has released a teaser video on its official Twitter account, confirming the debut of Nokia 8.3 5G smartphone soon. However, the teaser does not reveal any exact information regarding the launch date. The teaser video from Nokia underlines the overall design of the smartphone along with its capability. Nokia 9.3 PureView Featuring a 108MP Main Camera Likely to Be Launched by the Second Half of This Year.

As far as the specs are concerned, the Nokia 8.3 5G smartphone will sport a 6.81-inch IPS LCD panel with FHD+ resolution and an aspect ratio of 20:9. The smartphone will also get a punch-hole on the display, housing the 24MP selfie camera. The phone will be powered by a Qualcomm Snapdragon 765G that will be clubbed with up to 8GB of RAM and up to 128GB of internal storage. It will be equipped with a 4,500mAh battery supporting 18W charging technology. It will run on Android 10 OS with support for Android One.

Create Hollywood-style videos with ZEISS cinematic effects, master your night shots with the low-light camera and capture it all with Nokia 8.3 5G. https://t.co/IAL7tQMU2y

Additionally, the phone will get a side-mounted fingerprint scanner. The handset is likely to be offered in 6GB or 8GB RAM and 64GB or 128GB internal storage options. The company will also be providing memory expansion provision via a dedicated microSD card slot. The handset is expected to be made available in a single colour option - Polar Night. 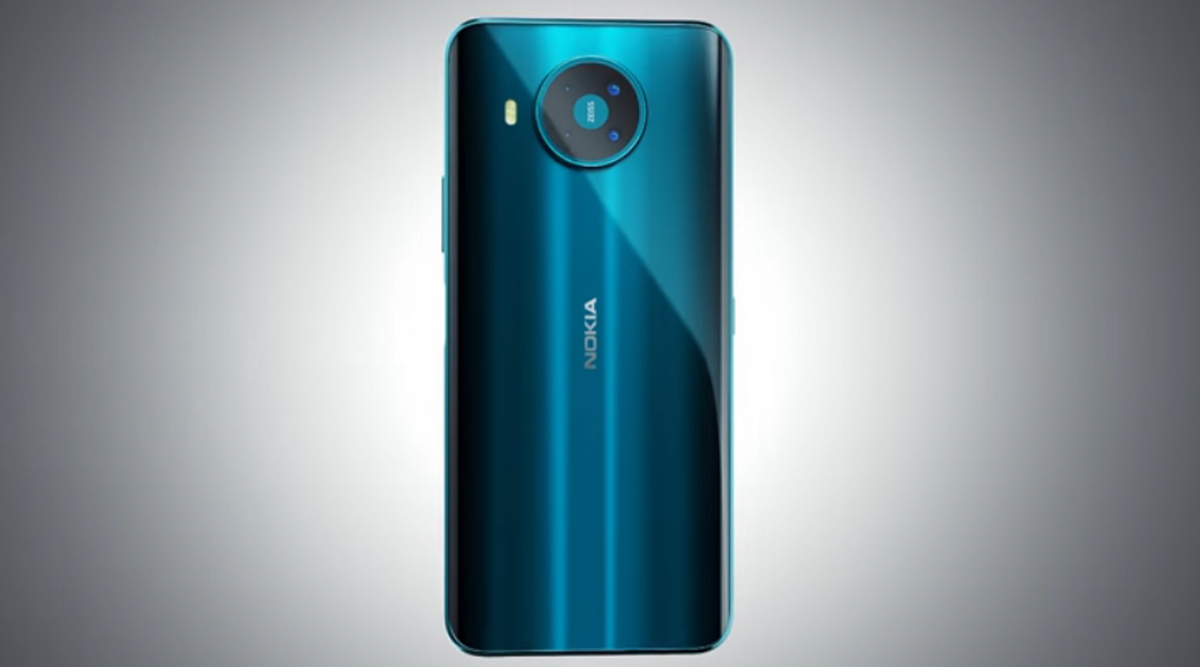 For photography, the Nokia 8.3 5G smartphone will employ a 64MP quad-camera module at the rear with Zeiss optics. The main sensor will be a 64MP primary camera that will be assisted by a 12MP ultra-wide-angle lens. The remaining two sensors will be 2MP macro lens and a 2MP depth sensor. At the front, the phone gets a 24MP snapper with f/2.0 aperture for selfies and video calls.

As far as the pricing goes, the Nokia 8.3 5G smartphone is priced at €599, which is around Rs 49,600. It is important to note that there is no official information from the company when the device will be launched in the Indian market.

(The above story first appeared on LatestLY on May 24, 2020 11:39 PM IST. For more news and updates on politics, world, sports, entertainment and lifestyle, log on to our website latestly.com).