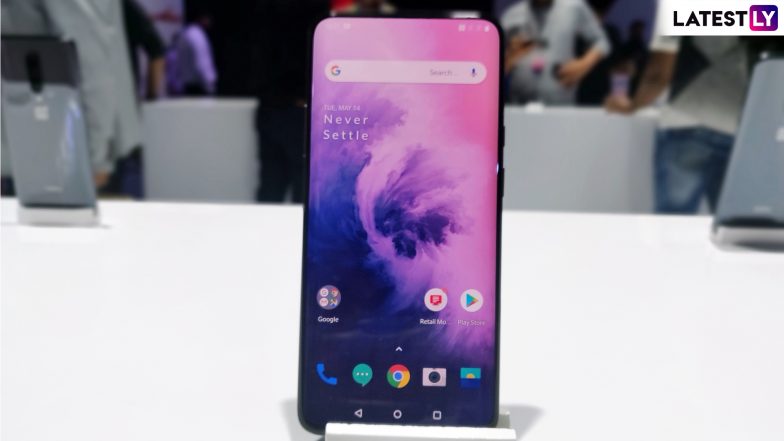 Beijing, Aug 29: Chinese smartphone manufacturer OnePlus has confirmed that the latest Android 10 would start rolling out for the OnePlus 7 series smartphones from September 3. According to a leaked screenshot of a conversation between a OnePlus user and a customer support executive, the company aims to release the stable version on the same day as Google, news portal GizmoChina reported on Wednesday. Xiaomi Redmi Note 8 Pro, Redmi Note 8 Smartphones With Quad Cameras Launched.

During the conversation, the OnePlus team member stated, "We wish to provide an update simultaneously with the Android 10 launch."

Breaking the 10-year history of naming Android releases after desserts, Google recently announced it had officially named the next version as just Android 10.