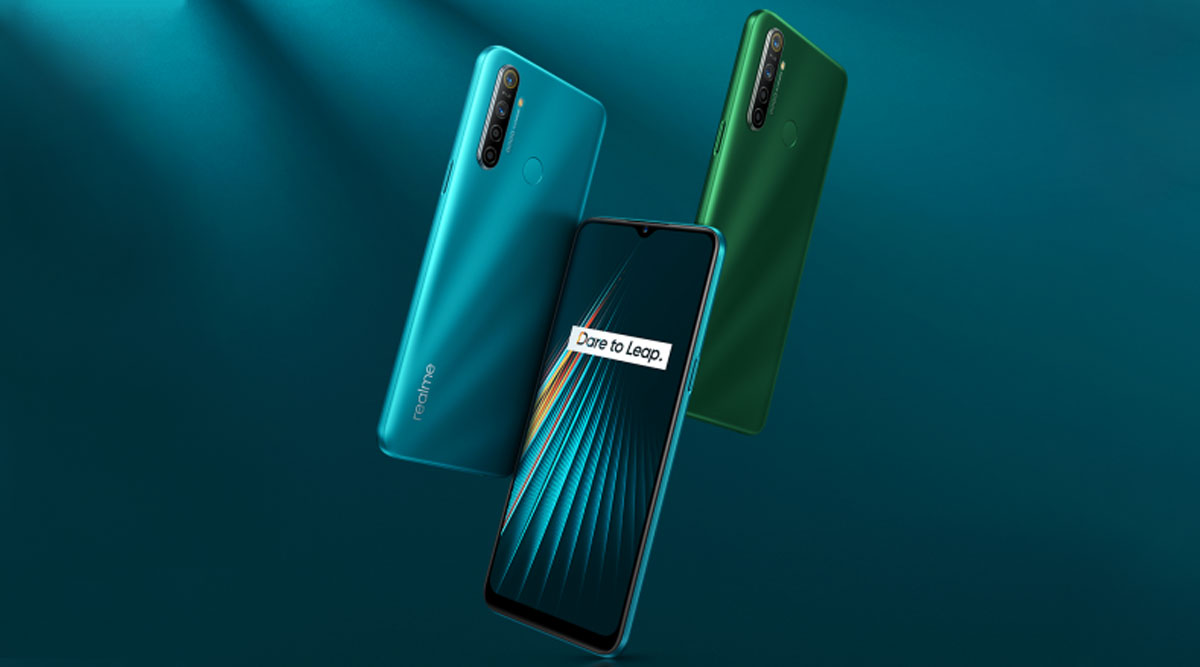 New Delhi, Jan 9: Expanding its affordable budget line-up in India, Chinese handset maker Realme on Thursday launched '5i' smartphone with quad-camera rear setup for Rs 8,999. The smartphone comes with sunrise design inspired by the power and hope of the first rays of the sun. Available in Forest Green and Aqua Blue colours, realme 5i comes in a single 4GB + 64GB configuration variant and packs 5,000mAh battery. It will go on sale on January 15 on Flipkart and realme.com. Realme 5i Smartphone With 6.5-inch Mini-Drop FullScreen Display & 5000mAh Battery Launched in India at Rs 8,999; To Go on First Sale on January 15.

"We are happy that over 5.5 million customers have enjoyed our realme 5 series and the newest addition realme 5i will further solidify our budget quad-camera category. Our customers will be provided with stunning design, bigger view along with bigger storage," Madhav Sheth, CEO, Realme India, said in a statement. "We have equipped Realme 5 series with the best-in-class processors, designs and camera experience to deliver unmatched user experience," he added.

It runs Android 9.0 with the company's own ColorOS 6.1 operating system (OS) on top and will be upgraded to Android 10 with ColorOS 7 by May. The smartphone has 6.52-inch mini-drop full display and to make viewing more immersive, the mini-drop is 39 per cent smaller than the previous dewdrop design, to achieve an 89 per cent screen-to-body ratio. The brand-new sunlight display technology makes the whole display vivid, even in strong lighting conditions, claimed the firm. The handset features a splash-resistant design, which protects all interior and exterior components from splashes of water, including the screen, back cover and the buttons.