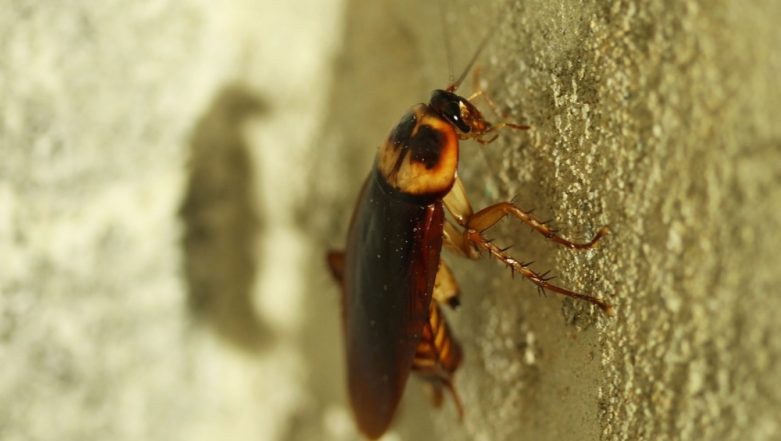 According to a recent study published in the Scientific Reports, researchers from Purdue University say that German cockroaches which are the most common species worldwide, are becoming immune to insecticides. The research states that these German cockroaches live exclusively in human environments, carry asthma-triggering allergens and pathogens like Salmonella, Enterococcus, E. coli, and other antibiotic-resistant microbes. The research has shocked scientists who conducted it.

According to scientists, the bugs have developed resistance to these insecticides. While many insects develop resistance power to one kind of insecticide, cockroaches that live about 100 days can evolve to situations easily. They can also develop the resistance quickly and can pass down the gene to new generations. Cockroach Challenge: People Are Putting Creepy Crawlies on Their Faces as Part of Bizarre Internet Trend (See Gross Pics)

To test the resistance, researchers sprayed three different insecticides on three different cockroach colonies over a period of six months. Products used on the insects were store-bought from retailers and were E.P.A. registered. They were applied by licensed pest management professionals to the cockroach in housing developments in Indian Illinois. They even tried a mix of different insecticides on the colonies of cockroaches. No matter which treatment was used, the cockroach colonies did not decline at all. The researchers also use multiple insecticides, but that also did not bring down their population.

Cockroaches after reading this study!

In fact, over a period of time, their resistance level increased. Finally, they found a chemical insecticide named abamectin gel bait that could wipe out at least a portion of a cockroach colony. This chemical would affect them only if the roaches had a low level of resistance. The research reads, "Overall, the unexpectedly poor performance of a majority of treatments in the field study suggested significant levels of starting resistance and/or selection for higher-level resistance in 4–6 months."