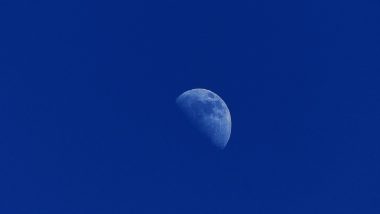 The full eclipse ended at 08:06 am UTC, while the partial eclipse ended at 09:37 am. Apart from the solar eclipse, other celestial events that will take place in December 2021, include the passing of a comet, the appearance of Venus, Saturn and Jupiter and the moon this week and Geminid meteors showers. NASA To Launch DART Spacecraft To Deliberately Crash Into an Asteroid Today.

Here Are Some of the celestial Events That Are Scheduled to take Place In December 2021:

According to NASA, on December 6 through the 10th, look westward following sunset for the moon, visiting Venus, Saturn, and Jupiter in turn. During this period, the moon will appear higher in the sky each evening. Venus, also known as the evening star, will sink ever closer to the horizon during the month. Celestial Event Calendar of 2021: From Meteor Showers, Lunar and Solar Eclipses to Planetary Conjunctions, Know All Important Astronomical Occurrences of This Year.

Comet Leonard On Its Way Into The Inner Solar System:

Comet Leonard, a recently discovered comet, will be at its closest to Earth. This celestial event will take place on December 12. As per the space agency, the comet will visit the inner solar system. In almost two weeks' time, the comet will reach its closest distance from the Sun. In the first couple of weeks of December, Comet Leonard can be found in the east before sunrise, passing between Arcturus and the handle of the Big Dipper, said NASA.

the Geminid meteors shower will peak overnight on December 13 and 14. Whether this celestial event will have a goof viewing depends upon two factors – weather condition and the phase of the moon. This year, the moon will be almost 80% full at the peak of the Geminids. As per experts, it is not an ideal condition to view the Geminid meteors shower. The meteors appear to radiate from the constellation Gemini.

(The above story first appeared on LatestLY on Dec 09, 2021 05:43 PM IST. For more news and updates on politics, world, sports, entertainment and lifestyle, log on to our website latestly.com).