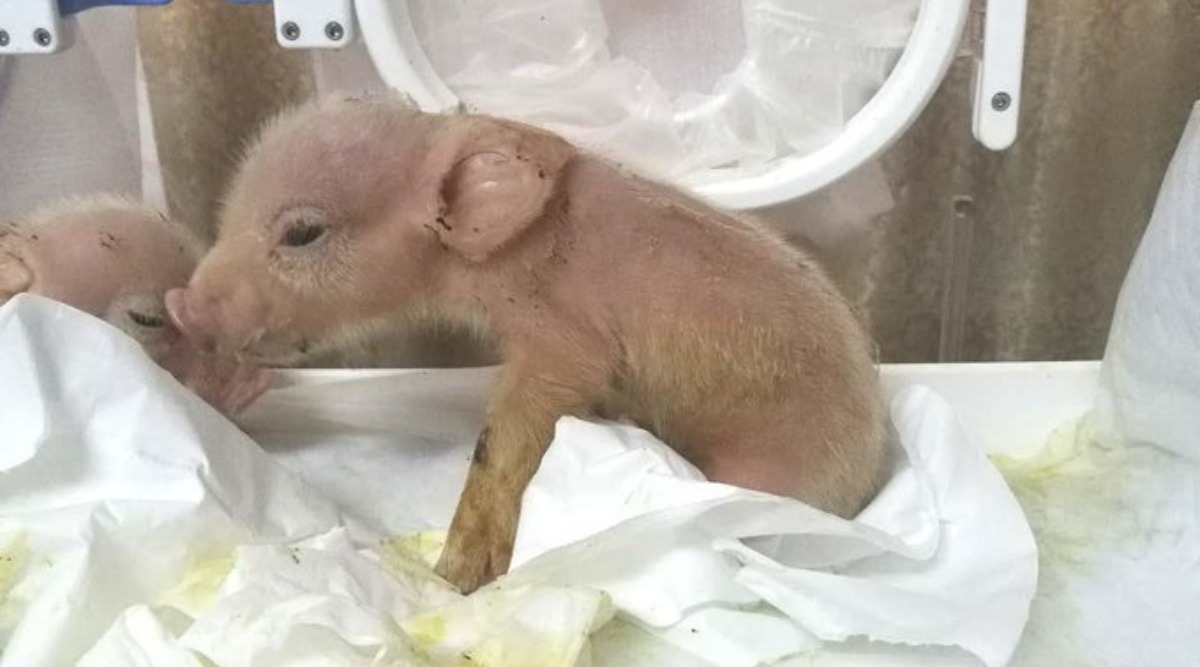 Chinese scientists have successfully bred monkey-pig hybrids as part of research into the growth of human organs for transplantation in animals. However the chimera piglets died within a week of being born, they were found to have DNA from macaque monkeys in their heart, liver, spleen, lung and skin. The monkey-pigs were bred from more than 4,000 embryos that were implanted into a sow using IVF. World's First Human-Monkey Hybrid or 'Chimera' Created in China by Spanish Scientists, Organ Harvesting from Animals to Become a Reality.

A team from the State Key Laboratory of Stem Cell and Reproductive Biology in Beijing genetically modified monkey cells to generate the pig-primate creatures by injecting monkey stem cells into fertilised pig embryos and then implanted them into surrogate sows, as per New Scientist. Five days after fertilisation, these modified cells were injected into the pig embryos. They were bred from more than 4,000 embryos which were implanted into a sow using IVF. Snakehead Fish Spotted in Georgia Sparks Terror in Residents, Officials Order to ‘Kill It at Sight’.

Two of the piglets developed into interspecies animals known as chimeras, which contained DNA from two distinct individuals — in this case, a pig and a monkey. The monkey cells made up only one in 1,000 and one in 10,000 of the remaining pig cells. The research paper, published in Protein and Cell, said the results brought the team "one step closer to producing tissue-specific functional cells and organs in a large animal model". In the past too, scientists have created hybrid animals.

In 2010, a team at Stanford University in California similarly created mice with rat pancreas. In 2017, researchers at the Salk Institute in California created pig-human chimeras with around one in 100,000 human cells. The embryos were destroyed within a month. Talking about the monkey-pig hybrids, co-author Tang Hai, a researcher at the State Key Laboratory of Stem Cell and Reproductive Biology in Beijing, told New Scientist, "This is the first report of full-term pig-monkey chimeras."