Xiaomi 11i HyperCharge Price in India Teased by Company Official 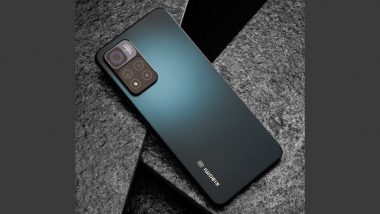 Xiaomi 11i HyperCharge is confirmed to debut in India on January 6. The company has been teasing the device on its official Twitter account, revealing its key specifications. Ahead of its launch, the price of Xiaomi 11i HyperCharge has been teased by a company official. As per a report from 91Mobiles, Xiaomi India's Chief Business Officer Raghu Reddy revealed in an interview that the device will cost between Rs 25,000 and Rs 30,000.

Xiaomi 11i HyperCharge is expected to feature a 6.67-inch AMOLED display with a 120Hz refresh rate. The device will be powered by MediaTek Dimensity 920 SoC coupled with up to 8GB of RAM and 256GB of internal storage.

For photography, the handset is said to sport a triple rear camera system comprising a 108MP primary camera, an 8MP ultra-wide-angle lens and a 2MP depth shooter. Upfront, there could be a 16MP snapper. 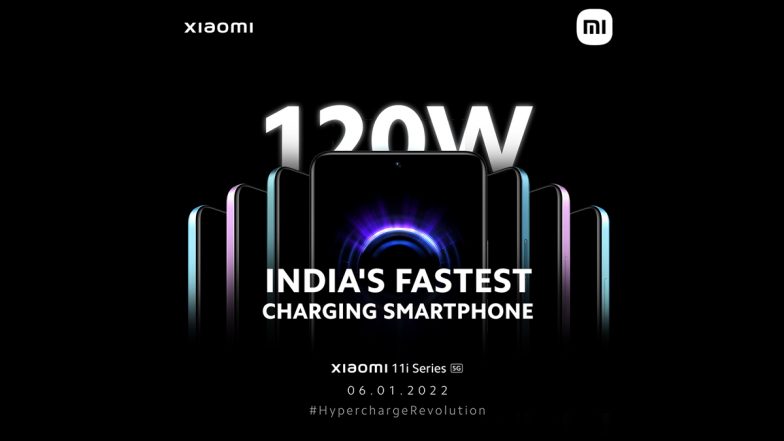 The handset is likely to pack a 4,500mAh battery with 120W fast charging support. The company claims that Xiaomi 11i HyperCharge will be charged 100 percent in 15 minutes. Connectivity options might include Bluetooth 5.1, GPS, NFC and USB Type-C port, 5G, 4G LTE and dual-band Wi-Fi. The device could also feature a side-mounted fingerprint sensor and JBL stereo speakers.

(The above story first appeared on LatestLY on Dec 30, 2021 06:40 PM IST. For more news and updates on politics, world, sports, entertainment and lifestyle, log on to our website latestly.com).