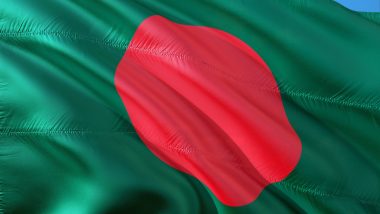 New Delhi, August 7: Bangladesh will construct a memorial for the Indian soldiers martyred during the country’s liberation war in 1971. The memorial will be constructed coinciding with the 50th anniversary of the liberation of Bangladesh, said the Minister of Liberation War Affairs of Bangladesh AKM Muzammel Haq.

According to a press release issued by the govt of Bangladesh on Friday, Liberation War Affairs Minister AKM Muzammel Haq recalled the support of the government and people of India during the Bangladesh liberation war against Pakistan in 1971. Vijay Diwas: How India Brought Pakistan to Its Knees And Liberated Bangladesh in 1971 War.

High Commissioner of India in Bangladesh Riva Ganguly Das had called on the Minister for Liberation War Affairs and discussed issues of mutual interest and the upcoming 50 year anniversary of Liberation War on Thursday.

High Commissioner Riva Ganguly Das said some people are spreading misleading information about the relations between India and Bangladesh but the relations between the two countries were time tested. She said the two countries are working as development partners and a lot of work has been done in the last few years to resolve several long standing issues like land-border issue among others.

(The above story first appeared on LatestLY on Aug 07, 2020 06:18 PM IST. For more news and updates on politics, world, sports, entertainment and lifestyle, log on to our website latestly.com).