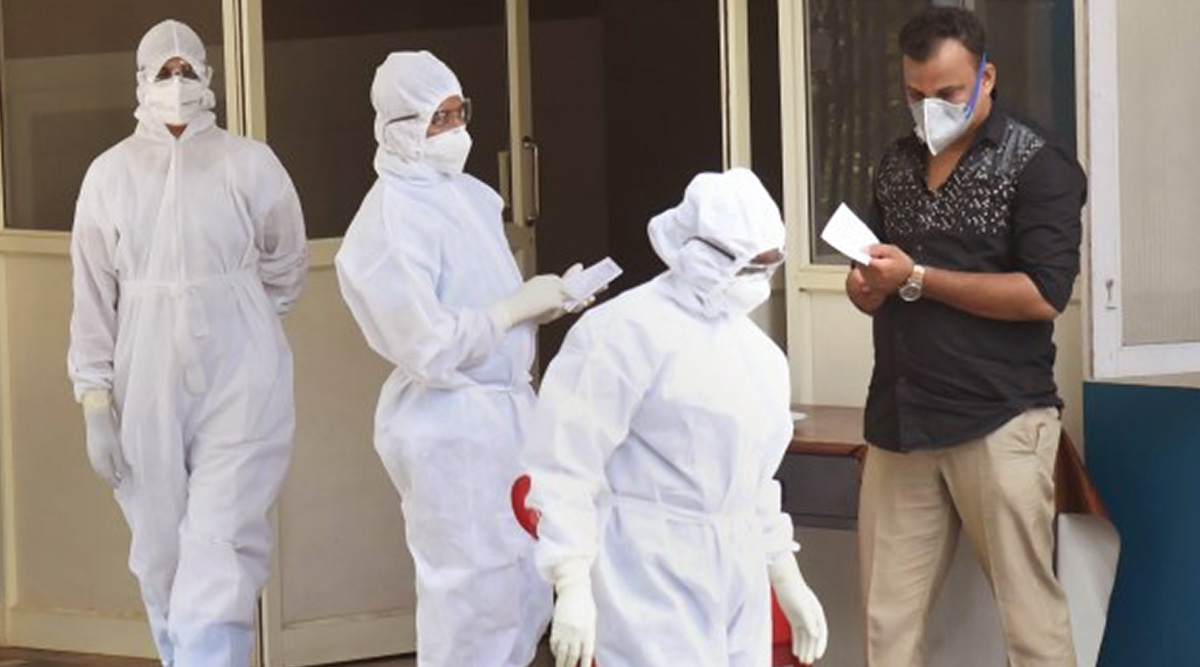 Paris, April 2: France on Wednesday reported its highest daily number of deaths from COVID-19 since the coronavirus epidemic began, saying 509 more people had died in hospital to bring the toll to 4,032.

There are now 24,639 people hospitalised in France with COVID-19, with 6,017 of them in intensive care, health official Jerome Salomon told reporters in his daily update. The death toll on Tuesday had risen by 499. The French figures include only those who died in hospital and not those who died at home or in old people's homes. Boris Johnson Holds UK's First Virtual Cabinet Meeting, Tweets Picture Revealing Username of Ministers.

The number of confirmed cases also rose by 4,861 to 56,989. Many cases however go unregistered because of a lack of testing equipment. Salomon noted that the number of people in intensive care was already above France's pre-crisis intensive care capacity of around 5,000.

France has been in lockdown since March 17 in a bid to slow the spread of the epidemic and officials have repeatedly warned it will take time for the measures to bear fruit. French Prime Minister Edouard Philippe told a parliamentary committee Wednesday that when the confinement finally came to an end, it would likely be a step-by-step process.

He said it would probably not be "all at once, everywhere and for everyone" indicating it could to subject to where people live, testing and their age. Coronavirus Outbreak in UK: Britain Reports Over 500 COVID-19 Deaths in 24 Hours For First Time, Toll Reaches 2,352.

The possibility in the coming weeks and months of stepped-up testing would allow the government to ascertain "the proportion of our fellow citizens who have been contaminated" and thus the degree to which the French population has immunity, he said.

France is currently carrying out 30,000 tests a day, far fewer than in neighbouring Germany, a weakness that has been repeatedly noted by the right-wing opposition.

But France is hoping to greatly ramp up testing in the coming days and weeks with the arrival of serology blood tests and then rapid tests that can provide results in minutes. The government's strategy is aimed at limiting the peak of the epidemic so that the health system is not overwhelmed. Coronavirus Outbreak in Spain: Death Toll Crosses 9,000, COVID-19 Cases Pass 100,000 Mark.

Hospitals have been under immense stress in the east of the country -- one of the worst hit areas -- but also in the region around Paris. One hundred more patients will be transferred from Paris to elsewhere in France on Thursday.