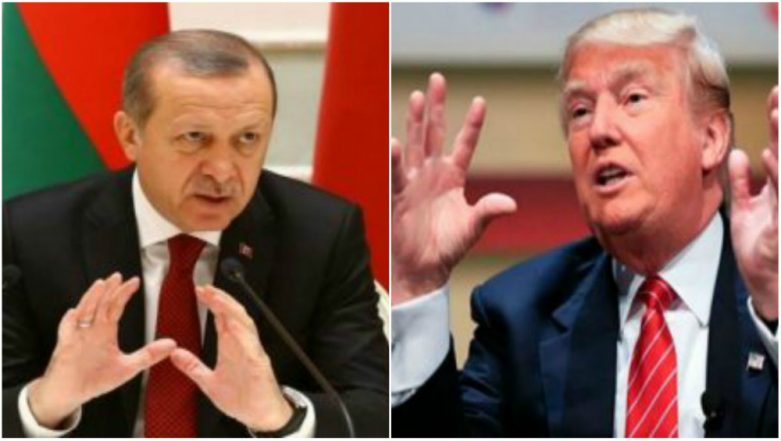 Turkish Presidency said in a statement the same day that Erdogan had brought forward the proposal to form a working group concerning the procurement of the S-400 systems from Russia during his phone conversation with Trump. The White House statement, however, made no mention of the Erdogan's working group proposal. US President Donald Trump Speaks with Recep Tayyip Erdogan After Threatening to 'Devastate' Turkey's Economy.

The US has been in a feud with Turkey over the latter's purchase of Russian S-400 air defence system. The US argued that Russian missiles on Turkish territory could gain valuable intelligence on the technical systems of the US-made stealth F-35 jets expected to be delivered to Ankara in November.

During a congressional hearing in March, General Curtis Scaparrotti, head of US European Command, suggested that the US should cut the sale of F-35 fighters to Turkey if Ankara adopts S-400 system. On April 3, US Vice President Mike Pence warned Turkey against purchasing the S-400 system from Russia, despite Ankara's firm stance on the deal.

Pentagon announced early this month that it halted "deliveries and activities" related to Turkey's procurement of the F-35 fighter jets program if Ankara insisted on the S-400 deal. Washington also reportedly threatened to reject sales of Patriot missiles to Turkey in case of the latter's purchase of Russian systems.