Newly-appointed Israeli envoy Dr Ron Malka, while speaking to reporters, said Jerusalem will go to any extent to help India, which has been a victim of terrorism. 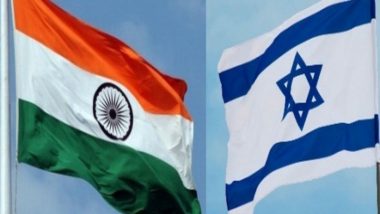 New Delhi, February 19: In a major diplomatic snub to Pakistan, Israel offered India  "unconditional support" to combat terrorism. The Israeli envoy to Delhi said her nation would assist in sharing their knowledge and technique to carry out anti-terror operations across the border. The offer comes amid a section of Indian strategic experts overtly batting for a Tel Aviv-style strike on terror havens in frontier region of Pakistan.

Newly-appointed Israeli envoy Dr Ron Malka, while speaking to reporters, said Jerusalem will go to any extent to help India, which has been a victim of terrorism. Pakistan Writes to UN Chief: Denies Role in Pulwama Attack, Says India Threatening Us With Force.

Last Thursday, in one of the deadliest attacks in Jammu and Kashmir, Pakistan-based terror outfit JeM killed 40 CRPF personnel after which there have been growing demands that the government should explore Israeli-type anti-terror operations. Israeli military is known for its precise and quick strikes.

"Whatever India needs to defend itself there is no limit. We are here to help our close friend India to defend itself especially against terrorism because terrorism is the problem of the world and not only of India and Israel," Malka said.

Emphasising that the world should fight terrorism and eliminate it by collaborating, he said, "So, we help India, share our knowledge, share our technique because we really want to help our really important friend." Imran Khan Reacts to Pulwama Terror Attack, Says 'If India Opens War Front, Pakistan Will Retaliate'

The 52-year old Malka, who was in Israeli military service from where he retired with the rank of Full Colonel, said Prime Minister Benjamin Netanyahu told him that India was a very "important partner, very important friend and he wants to collaborate to enhance ties and deepen them....to share our knowledge."

After the Pulwama attack, Malka had also tweeted that "Israel strongly condemns the terror attack in Pulwama and stands by our Indian friends during this difficult hour. We send our deepest condolences to the CPRF and their families, the people of India and the Indian government following the terrible terror attack."

(The above story first appeared on LatestLY on Feb 19, 2019 05:01 PM IST. For more news and updates on politics, world, sports, entertainment and lifestyle, log on to our website latestly.com).