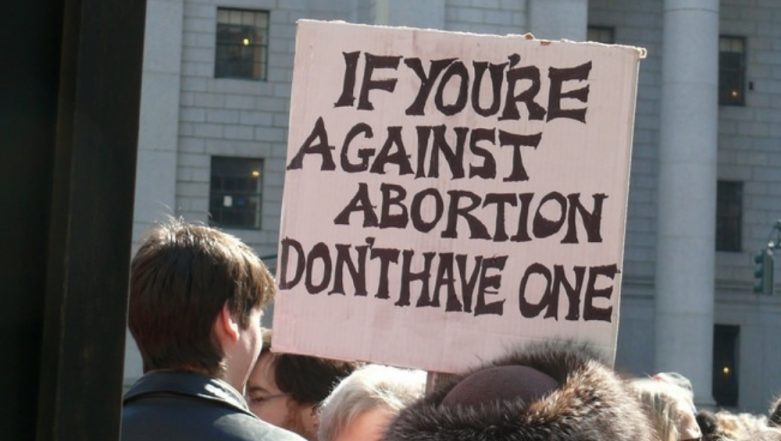 New York state is in the news for passing an abortion law, prioritising the mother’s health. On the 46th anniversary of the landmark Roe v. Wade decision, which established women's legal right to abortion, the Senate Democrats voted in favour of the Reproductive Health Act (RHA). The decision was taken to codify the abortion rights laid out in Roe and other rulings, in case they get overturned. The bill states: “Every individual who becomes pregnant has the fundamental right to choose to carry the pregnancy to term, to give birth to a child, or to have an abortion.”

The new law was signed by New York state governor Andrew Cuomo who directed landmarks such as the World Trade Center to be lit up in shades pink to mark the momentous occasion.

Why is it a Landmark Moment?

The new law was passed after pro-choice advocates feared that the Supreme Court, which has a conservative majority, may overturn the Roe v. Wade decision that protected women’s reproductive rights. With the confirmation of Supreme Court Justice Brett Kavanaugh, who is ostensibly has a pro-life conservative stance, the fate of the landmark Roe vs Wade hangs by a string. Ominously, in states like Ohio and Mississippi, anti-abortion laws are already being passed. Ireland Abortion Referendum: How Indian Dentist Savita Halappanavar’s Death May Make the Catholic Country Repeal its Anti-Abortion Laws.

In light of the situation, the RHA puts three things into place to ensure that the women’s reproductive rights are not compromised:

It’s a watershed movement for the pro-choice activists who believe that women’s wombs shouldn’t be battlegrounds for politics. Advocates across the country praised the Democrat-majority New York state senate for safeguarding the rights of women, especially when the US President Donald Trump had made it clear about his intentions to overturn Roe vs Wade.

But pro-lifers from the religious right have expressed their disappointment at the developments, calling out parts of the act that could be “misused” if it allows termination even after 24 weeks. They say that it could prompt women to wait until the last minute to get an abortion, when the foetus is almost developed.

One of the biggest criticisms about the bill is that it allows professionals other than doctors to carry out abortions. Others say that by removing abortion from the purview of the criminal code, those who attack pregnant women, causing their miscarriage won’t be prosecuted. Increased Condom Sales and Abortions During Navratri and Dandiya Nights, An Urban Legend Or Truth?

Many religious-right websites have also misinterpreted the law, claiming that the RHA promotes the killing of fully-developed infants by allowing late-term abortions. When in reality, the law can only be used under two conditions: 1) if the woman’s life or health is in danger 2) if the foetus won’t survive outside the womb.

After the landmark decision, nine other states, which includes California, Washington and Oregon, have been working towards protecting abortion rights in the likely event Roe be overturned.